Irish American winners and losers in the US election 2017

The 2017 US elections saw many Irish Americans elected as local legislators, mayors and even Governor of a state: here are a few profiles of some of the winners and losers. 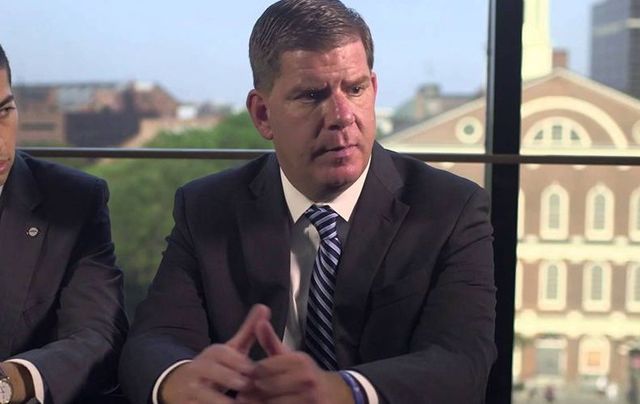 The 2017 US elections saw many Irish Americans elected as local legislators, mayors and even Governor of a state: here are a few profiles of some of the lucky winners and unlucky losers.

New Jersey’s Governor-elect has never held elected office before, but after President Trump’s election last year it seems actual experience in government isn’t always a “must have” when applying for a top job in government.

He did spend years raising money for Democrats and this led President Obama to appoint him as Ambassador to Germany. He was left red-faced after WikiLeaks published classified cables in which he had expressed an unflattering opinion of Chancellor Angela Merkel.

Murphy is a former Goldman Sachs executive and it’s safe to say the former banker’s old colleagues might have had a few giggles over the water cooler about Murphy’s transformation into a left-wing progressive.

Murphy swept to power on a pledge to legalize marijuana and implement a $15 minimum wage. If anyone knows any of the women who’ve cleaned Murphy’s $10 million mansion near the Jersey Shore IrishCentral would love to be put in touch so we can check if the Governor-Elect practices what he preaches.

The Mayor of Boston cruised to a second term with a whisker under two in three votes being for the son of native Irish (Gaelic) speakers from Galway.

Walsh was always the favorite to win – Boston likes to re-elect its Mayors – but his challenger, Tito Jackson, is a Democrat too and pundits wondered if the there was an outside chance the City Councillor could make history as the city’s first African American Mayor.

Addressing his supporters once his victory was confirmed Walsh said,  “Four years ago, my dream came true.

“You chose this son-of-immigrants to serve the city that we love. I said then that we are in this together, every neighborhood, every race and religion, every woman, every man, every child and I meant it.

“Immigrants seeking a better life choose Boston. They risk everything to come to our city and I will always have their back.”

Walsh wasn’t the only Irish American to win in Massachusetts this week: State Senator Thomas McGee was given an overwhelming thumbs up by voters in the city of Lynn.

Incumbent Mayor Judith Flanagan Kennedy had already served two terms but voters really didn’t fancy giving her a third and only 35% voted for her, against 64% for McGee.

With a couple of months to go before he takes office McGee has turned his attention to a much more immediate task: gathering up and getting rid of all the signs in people’s front yards.

In a shock result Queens Democratic City Councilwoman Crowley’s time as a representative looks set to end. Her primary opponent, Bob Holden, was so incensed at his loss to her this summer he cast aside party allegiance and ran as a Republican.

Holden campaigned against plans to close Rikers Island jail and was particularly vocal in his attacks on Mayor de Blasio's plan to open a homeless shelter in the local area. His reward was a win by 133 votes over the nine year incumbent.  Crowley has yet to concede the race and it’s rumored she’s considering asking for a recount.

O’Quinn is so popular in his Virginia House of Delegates district that Democrats decided not to run a candidate against the 37-year-old Republican.

Democrats made strong gains in the rest of Virginia – one of the few swing states that Hillary Clinton won – but it’s unlikely the blue wave that enveloped many of his GOP colleagues caused him stress.

Democratic incumbent Kathleen Murphy in Virginia House of Delegates’ 34 district likely also felt good heading into election: she secured 64% of the vote in her seat close in Northern Virginia.

When we found out we SWEPT the district thanks to you! #VirginiaElections pic.twitter.com/e5AOx6EwMS

With a Democratic Governor until at least 2022 and a divided legislature it’s likely that the Congressional boundaries in the state will change radically; last time round the Republicans held all branches of government and Democrats thundered loudly they were gerrymandering seats to protect their incumbents.