The Chair of Ireland’s Foreign Affairs and Defence Committee is among 16 international officials who are speaking out against the “sham elections” in Nicaragua. 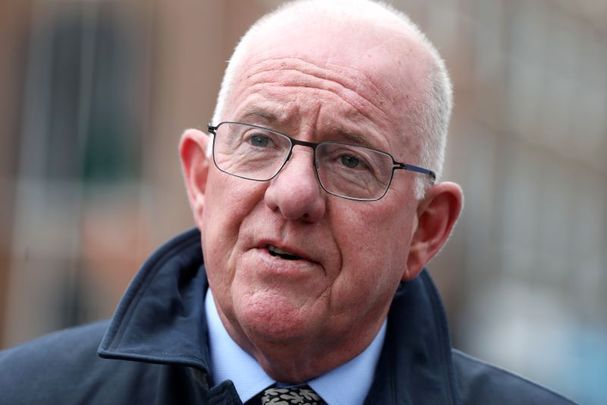 Charlie Flanagan, Chair of Ireland’s Foreign Affairs and Defence Committee, is among more than a dozen officials who are urging the global community "to be vocal and persistent in their rejection of the regime" in Nicaragua.

Flanagan told IrishCentral on Friday: "I’ve been monitoring recent developments in Nicaragua and I’m worried at the ongoing deterioration of democratic norms and rights."

“We, the Chairs of Foreign Affairs Committees of our respective parliaments, recognize and lament the dismantling of democracy in Nicaragua under the toxic rule of Daniel Ortega and Rosario Murillo.

“The regime has prefaced Nicaragua’s pseudo presidential elections scheduled for November 7, 2021, with callous violations of democratic rules, including the arbitrary imprisonment, torture, and persecution of political opponents, the systematic repression of independent media, and the abuse of state resources.

“Since May, the Ortega-Murillo regime has jailed five opposition presidential candidates and placed two others under house arrest. In total, the regime holds more than 150 political prisoners, denying them access to due process, legal rights, and even basic needs such as food, water, and hygiene items.

“The so-called elections in November represent the culmination of the regime’s decades-long assault on independent voices and institutions, the perversion of the country’s laws, and the consolidation of the Ortega-Murillo family dictatorship.

“We emphatically reject the results of the upcoming sham elections, which were fraudulently and shamefully secured.

“We stand with the Nicaraguan people as the regime takes radical measures to isolate, silence, and subjugate them.

“We call on governments, businesses, academics, faith-based leaders, and individuals to maintain a spotlight on Nicaragua, to be vocal and persistent in their rejection of the regime, and to echo Nicaraguans’ calls for a future free from tyranny.

“We remind the regime and its supporters that an embrace of authoritarianism is not without consequence.  We applaud accountability measures levied so far by Canada, the European Union, and the United States, and call on like-minded partners and allies to join in robust defense of Nicaragua’s rule of law, human rights, and democracy.

“We are clear-eyed about the ruthlessness of the dictatorship and commit to holding the Ortega-Murillo family to account for their continued campaign of human rights abuses, including torture, extrajudicial killings, and illegal arrests.”