Exit polls for the election of the next President of Ireland show that Michael D. Higgins will be re-elected. 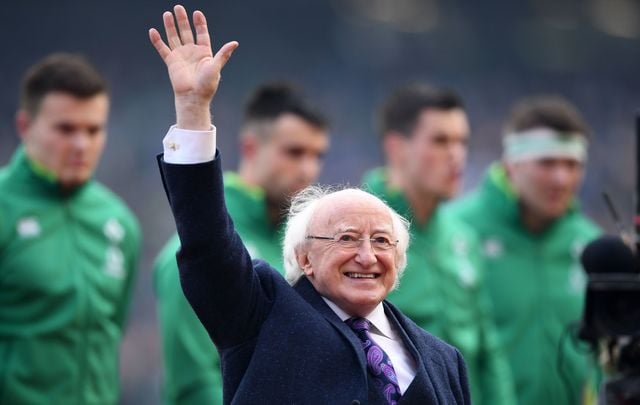 Michael D. Higgins appears to be re-elected according to exit polls Getty

Michael D. Higgins received more than half the vote according to exit polls

Exit polls in Ireland are showing that Michael D. Higgins will be re-elected as President of Ireland.

According to exit polls conducted by Red C for RTÉ, Higgins clinched a healthy 58% of the vote.

Perhaps surprisingly, in second place was Peter Casey with roughly 21% of the vote.

Reporters were keen to remind the public that these are only exit polls and not official results. The exit polls include a margin of error of about 4%.

For the exit polls, 3,474 people were interviewed on a random basis outside 138 polling stations around Ireland between 7 am and 9:30 pm. Polls officially closed at 10 pm.

The official count of votes will commence on Saturday morning, with the official result expected before the end of the weekend.

Should Higgins be officially re-elected, which is looking likely, he joins Eamon de Valera as the only other Irish president to be elected to a second term by ballot box.

RTÉ announced the results of the exit polls on the Late Late Show with Ryan Tubridy:

The exit polls also surveyed the result of the blasphemy referendum which was also being voted upon today. Red C found that 71% supported the change, with 26% voting against, and 2% saying they didn’t vote.

Did you expect Michael D. Higgins to be re-elected as President of Ireland? Let us know in the comments!