Taoiseach's days numbered after two leadership contenders gave him a week to announce when he would step down. 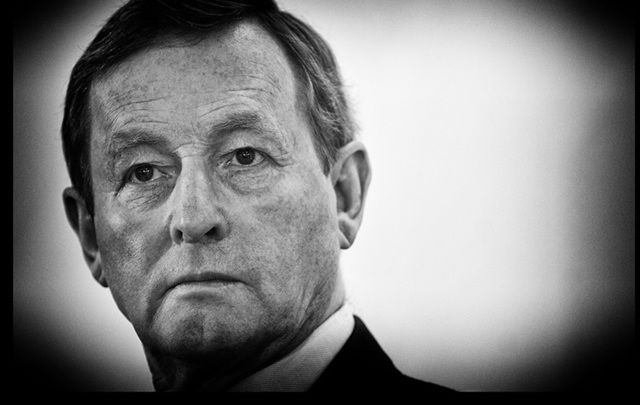 Enda Kenny's days as Taoiseach (Irish Prime Minister) are numbered after two leadership contenders gave him a week to announce when he would step down or they would challenge him.

It is thought Kenny will accept the party has turned against him and will announce he is stepping down after the annual White House visit on March 17.

Kenny has become deeply embroiled in the scandal involving rogue cops creating hoax files on police whistleblower Maurice McCabe, alleging he was a pedophile. The accusations were without merit.

However, Kenny has stumbled badly in handling the crisis and was forced to apologize for information he made public which proved to be erroneous. It was only after he came under extraordinary pressure that Kenny announced a full-blown public inquiry into the smearing of Garda Maurice McCabe.

McCabe had exposed blatant corruption in the removal of penalty points from well-known figures for driving offenses – including from the former police commissioner, Martin Callinan.

The McCabe affair was followed by a disastrous opinion poll showing Fine Gael 12 points behind perennial rivals Fianna Fail, which has forced the hand of the two candidates seeking to replace him. They are Leo Varadkar, Minister for Social Responsibility, and Housing Minister Simon Coveney. Dublin-based Varadkar is the favorite to replace Kenny as party leader.

Kenny could possibly opt to stay and fight, but the mood within his Fine Gael party has shifted dramatically after the McCabe revelations and the opinion poll. Sources say more opinion polls with equally bad results will soon follow.

Angry scenes in the Dáil round off week of intense pressure for Enda Kenny, as Government win confidence motion https://t.co/mapaLd2gMo pic.twitter.com/KDVlmBzkZl

Whether his removal will trigger an election remains to be seen. Fianna Fail is currently propping up the Fine Gael-led government and can pull down the arrangement at any time. They could leave the new Fine Gael leader in place as the new Taoiseach (Prime Minister) but would likely only do so for a brief period.

However, even if they do withdraw their support under Ireland’s complex constitutional law President Michael D. Higgins could ask Fianna Fail to try and form a government and avoid a general election.

Either way the aces have now all fallen the way of Fianna Fail leader Micheál Martin, who has led his party to a stunning comeback after they were almost wiped out following the collapse of the Celtic Tiger two elections ago.

Yesterday Sinn Fein tabled a motion of 'no confidence' in the government which led to angry exchanges in the Dáil. The government survived by a bare five votes with Fianna Fail abstaining.

For Kenny, the past two weeks have been disastrous. Quite recently he was saying he might stay on until the visit of Pope Francis scheduled for 2018. Now he has seemingly reached the end of the road.