Can Donald Trump handle a nuclear crisis like Johh F Kennedy did?

The terrifying reality of a nuclear threat from North Korea and Donald Trump – to say things are uncertain is to state the obvious. 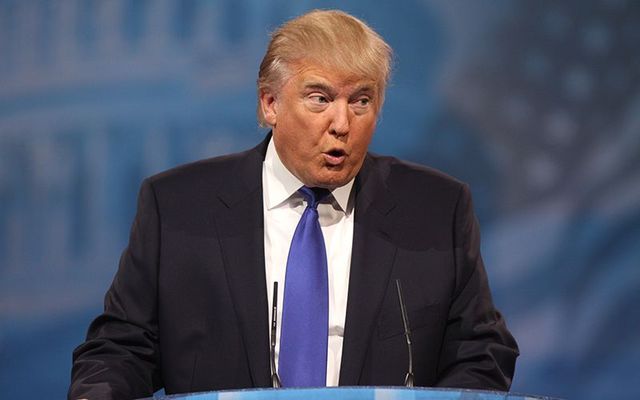 The world enters unchartered waters in 2018, with issues such as North Korea and Brexit bound to impact in as yet unforeseen ways.

In North Korea we have a leader with barely six years experience, launched into power at age 27 and now, at 33, threatening the United States with annihilation.

In America, we have a man less than one year in office that never served in a political position before this.

To say the issue is fraught with uncertainty is to state the obvious. As Evan Osnos wrote in The New Yorker, the neophyte leaders are struggling near the edge of a cliff.  If one falls so will the other, and the prospect of nuclear Armageddon is greater than at any time since Hiroshima.

Read more: Bedlam in the White House as Trump veers out of control

Between that horrific bombing and today, world leaders of every ilk and institutions like the United Nations have made it their mission to prevent another nuclear war.

The world came very close with the Cuban missile crisis when the Soviet leader, Nikita Khrushchev, decided to test the mettle of a new young president, John F. Kennedy.

There were many around Kennedy’s cabinet table and among his military leaders who backed a return to nuclear war, to atomizing Cuba.

Thankfully, cooler heads prevailed, but can we hope for that same response if the Trump administration seeks confrontation over North Korea? President Trump is no Jack Kennedy.

Trump appears to make a virtue out of ignorance, disdaining the UN, insulting allies and allowing China to benefit greatly after he withdrew America from a crucial Asian trade pact. Great leaders do not diminish their power -- they enhance and control it.

China says "this is not how a U.S. president should behave" after Trump tweet https://t.co/AXwpUKuizp pic.twitter.com/19fW5FpbFQ

Trump has gladly conceded leadership in the Middle East too by dealing America out as negotiators in the Israeli/Palestinian conflict, which underlies so much of the tension in that region.

Meanwhile, the boy dictator, Kim Jong Un, has greatly increased his stature by having Trump respond to his every utterance.  This is a leader whose only international experience was a few years in school in Switzerland where he ended up adoring American basketball, hence the fact that Denis Rodman, AKA “The Worm,” appears to be one of the very few Americans who has any contact with him.

The world has rarely experienced a more dangerous moment than right now, and the folly of electing an utterly inexperienced political leader in the U.S. must be plain to see.

On the issue of Brexit, Ireland suddenly has a powerful voice in Europe, and having outmaneuvered the British on the hard/soft border debate they would do well to stay in the game.

That will involve helping the old enemy out of the dead end they have backed themselves into over Brexit.  Put simply, the best solution would be for Britain to re-run the referendum as Ireland did a few years ago with the Nice referendum in order to keep the EU intact.

Given that precedent, one could easily see a new Labor-led government in the U.K. doing the right thing given the scale of the calamity that the British economy faces, not to mention the break up of their precious United Kingdom.

The Irish should be encouraging and cajoling the British to follow their Nice example. Sometimes the deadly impact of a political mistake is so great that a McGuffin is called for. This is one of those times.