Controversial Mother and Baby Home legislation passes in the Dáil

The legislation has been fiercely opposed by survivors of Ireland's Mother and Baby Homes, who argue that they will not be able to access their own information. 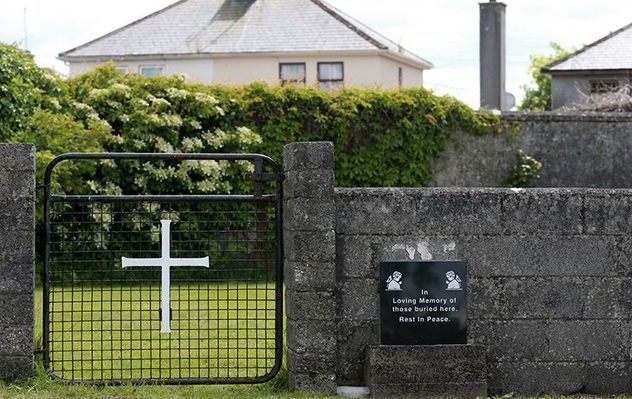 Memorial at the Tuam Mother and Baby Home where up to 800 dead babies were found buried in a mass grave. Rolling News

The Irish Government has passed controversial legislation that would see the records compiled by the Mother and Baby Homes Commission of Investigation that are not handed over to Tusla (Ireland's Child and Family Agency) sealed for 30 years.

The legislation has been fiercely opposed and condemned by survivors of Ireland's Mother and Baby Homes, who argue that they will not be able to access their own information.

The Bill, formally titled "The Commission of Investigation (Mother and Baby Homes and certain related Matters) Records, and another Matter, Bill," provides for the transfer of the Commission's database to Tusla.

Under a 2004 act, however, the remaining records from the Mother and Baby Homes Commission of Investigation that are not sent to Tusla are to be sealed for 30 years.

The bill was passed in the Dáil on Thursday night by a vote of 78 to 67 after a heated and emotional debate in Government buildings.

Despite opposition from survivors, from those who’s lives are still impacted by the legacy of Mother & Baby Homes, from Human Rights lawyers, the Bill has passed. I’m so sorry to all those impacted by this travesty. #UnsealTheArchive 💜 pic.twitter.com/Gaee2AOEMS

TD O'Gorman defended the legislation and claimed that there were provisions in the bill that prevented the databases from being sealed for 30 years.

"That claim has been repeated countless times in this House. It is incorrect. This bill seeks to protect a database and ensure it is not sealed in that archive," O'Gorman said in the Dáil on Thursday night.

After the vote, TD O'Gorman issued a statement on Twitter which said in part: "I want to make it very clear, in the most emphatic terms: the bill vote on tonight does not seal the archive for 30 years. The bill was brought to ensure we could save information from being sealed by a pre-existing requirement under an earlier law. I want to work to overcome this restriction too."

He doubled down on his claims on Friday morning, telling RTÉ Radio One's Morning Ireland that the bill needed to be passed to "help children establish their identity."

The Green Party TD said: "Under the existing law, the law under which the mother and baby homes was originally established, all the archives from the commission's investigation have to be sealed for 30 years but when we saw the value that this particular database could have for helping children establish their identity we decided to act to ensure the database and the records that support it don't go into that archive.

"So we’ve passed that law to ensure that databases and the supporting records are taken out of the archive and for the time being they are given to Tusla to help Tusla with their existing tracing services," he continued.

He did, however, add: "I needed to do a better job of communicating what the government is doing, and engaging with survivors’ groups.

“And I know a lot of anxiety has been caused, I certainly deeply regret … that my failure to communicate properly caused that anxiety.”

He said that the new Tusla database would be immediately available for use. The remaining records from the investigation will be transferred to O'Gorman's department and sealed for 30 years once the Commission completes its report on October 30, he said.

On Friday, it was reported that Ireland's Green Party head office was informed of a number of resignations in the hours following Thursday's vote and that others were considering their positions within the party.

No consideration of amendments

Social Democrats TD Holly Cairns told RTÉ News that it was "disgraceful" that the Government had ignored more than 60 pleas from survivors to make amendments to the bill.

"I asked the minister on the outset, if he will be considering any of the amendments put forward by TDs that are based on input from survivors and human rights experts? He said no.

"It is disgraceful that after pleas from survivors of institutional abuse that the government will not even consider one of the over 60 amendments from the opposition."

Cairns said that the legislation was voted through without proper scrutiny or input from survivors.

"We are talking about the most serious kinds of human rights violations - missing children, forced disappearances, illegal adoption and so much more horrific systematic institutional abuse," she told RTÉ.

She said that all amendments put forward by opposition TDs were based on input from survivors of the mother and baby homes around the country.

Later in the day on Friday, The Irish Examiner reported that "The Data Protection Commission has said the Government has contravened European and Irish law with regard to the accessibility of personal data by voting to seal the records of mother and baby homes for thirty years."

A source told The Irish Examiner: “To be fair to the Department they’re trying to do the right thing, but are afflicted by having done such a bad job on communications. They have to legislate to ensure that the Commission doesn’t redact the information within the records.

"Really, the question is how the whole thing was left so late.”