Congressman Jim Banks has introduced the Visa Investigation and Social Media Act of 2017 which would make a currently optional part of the application compulsory. 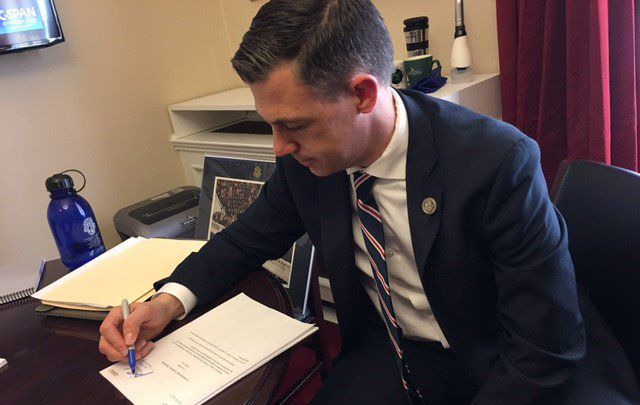 Congressman Jim Banks has introduced the Visa Investigation and Social Media Act of 2017 which would make a currently optional part of the application compulsory. Jim Banks / Twitter

Tourists traveling to the United States on vacation could be made to link authorities their social media accounts in future. Congressman Jim Banks has introduced the Visa Investigation and Social Media Act of 2017 which would make a currently optional part of the application compulsory.

3/ This is a common sense way to increase security and ensure those who wish to harm Americans cannot enter the U.S.

“We must have confidence that those entering our country do not intend us harm,” Banks told his local newspaper, the Journal Gazette. “Directing Homeland Security to review visa applicants’ social media before granting them access to our country is common sense. Employers vet job candidates this way, and I think it’s time we do the same for visa applicants.”

Other measures in the bill include the requirement that all prospective tourists over the age of 11 be interviewed by the Department of Homeland Security.

However, critics on social media dubbed the bill obtrusive and a waste of resources.

@RepJimBanks maybe start with a warm up bill next time, don't go full Big Brother right out the gate. Gotta work ur way up to police state.

However, not everyone was opposed.

Ireland is one of 38 countries that benefit from the Visa Waiver Program, that allows citizens to travel to the United States for up to 90 days on vacation without obtaining a visa from their local US Embassy first.

The Electronic System for Travel Authorization (ESTA) that tourists fill out recently added a question to ask applicants whether they’ve visited any of the seven countries on the new Administration’s suspended travel ban list. Last year an optional box was also added in which applicants may choose to provide links to their social media accounts. However even before Bank’s bill many speculated that it would not be long before the optional box became compulsory.

Renewing my ESTA travel authorisation re travelling to US. Form is now asking for social media account details. Marked optional (at moment)

Were the bill to pass the measures would form part of the extreme vetting promised by President Trump as a candidate.