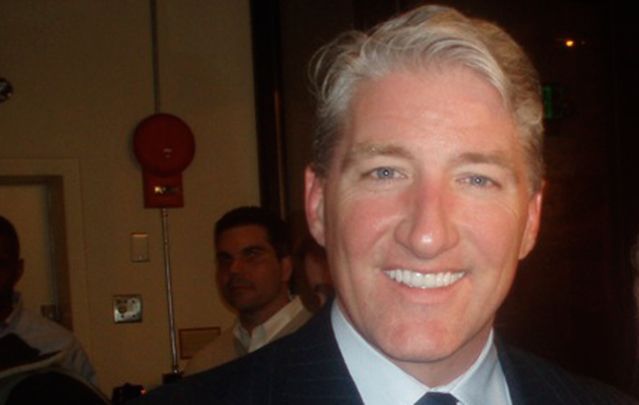 CNN's John King rose to prominence in Ireland thanks to his "magic wall" during the 2020 presidential election. Reuben Inger/Flickr

CNN's chief political correspondent John King has claimed that Joe Biden became President of the United States because he is "stubborn Irish".

King was talking to Irish Times editor Fintan O'Toole during the publication's Winter Nights Festival last week and said that Biden has shown resilience and overcome adversity at almost every turn of his political career.

The CNN anchor rose to prominence in Ireland thanks to his coverage of last November's presidential with his "magic wall" and said that he first crossed paths with the current President during Biden's first presidential campaign in 1987.

Biden failed to win the Democratic nomination, losing out to Michael Dukakis, and King recalls how no one expected Biden to ever become president.

"Everybody said he’d never be president – he ran in 1988 and got nowhere," King told O'Toole on Friday night.

Pointing to the personal tragedy in Biden's life, King said that the President was "stubborn Irish" and that people simply had to remember his resilience regardless of their politics.

"Whether you agree with him, whether you support him, he just never gave up. Add in all the personal tragedy in life for a man to have gone through … I don’t care about your politics, you have to admire the resilience of the man," he told the Irish Times Winter Nights Festival.

King said that Biden is almost the exact opposite of predecessor Donald Trump and said that Americans had voted for an "adult" to lead during the COVID-19 pandemic.

He also said that many CNN viewers thought that he was pro-Biden because he spoke out against Donald Trump on some issues. However, he said that he was simply "pro-truth".

King, who grew up in an Irish-American family in Boston, also heaped praise on Donie O'Sullivan, CNN's Irish reporter who rose to prominence during the Capitol riots on January 6. He said that O'Sullivan is a "fantastic correspondent" and that he hoped they could both cover Biden's expected state visit to Ireland in the future.

"We need to conspire that when Biden does decide to come to Ireland on an official trip, we can be two guys who might be able to cover that trip," King said.