Simon Coveney said that the only way true reconciliation could be achieved in Northern Ireland was if people responsible for unlawful killings were held accountable for their crimes. 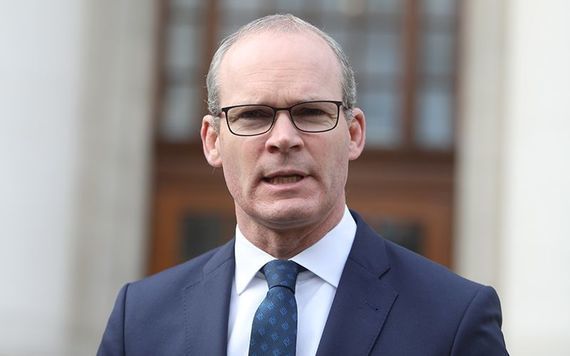 Irish Minister for Foreign Affairs Simon Coveney believes that British soldiers who carried out unlawful killings during the Troubles should be liable to the same persecution as loyalist and nationalist paramilitaries.

Coveney said that the only way true reconciliation could be achieved in Northern Ireland was if people responsible for unlawful killings were held accountable for their crimes.

The Minister for Foreign Affairs was speaking to the Sunday Times shortly before the Public Prosecution Service in Northern Ireland announced that it would not be prosecuting "Soldier F" over the murders of James Wray and William McKinney and the attempted murder of five others on Bloody Sunday. Soldier F was the only British Soldier to be charged in connection with Bloody Sunday.

The announcement caused widespread anger in nationalist communities in Northern Ireland, with the Pat Finucane Centre describing the decision as an "insult" designed to protect British soldiers and the British State.

Coveney told the Sunday Times that there should be no distinction between terrorists and members of the security forces.

"I know some people will make the distinction between people they would regard as terrorists and people who were security forces at the time, [but] the only way you get true reconciliation in Northern Ireland is if people are held to account for crimes that were committed, regardless of whether they were wearing a uniform or not," Coveney told the Sunday Times.

Coveney also criticized a move by the British Government earlier in the year to ban the prosecution of British soldiers who served in Northern Ireland during the Troubles.

Proposed legislation from Boris Johnson's Conservative Government would introduce a statute of limitations for any crimes committed before the signing of the Good Friday Agreement in 1998, something that Coveney was vocally opposed to.

"I was very vocal that I thought that was a mistake," Coveney said.

"The way forward here is to apply the law to everybody and recognise, of course, that, because many of these incidents happened many years ago that, in many cases, it won’t be possible to secure a conviction. But you shouldn’t get more protection because you were wearing a uniform."

He said that the Irish and British Governments have now begun working with victims' groups and political parties in Northern Ireland in an attempt to find satisfactory legislation.