Brian Burns withdraws as Trump’s nominee for Ambassador to Ireland

It is believed Bruns expressed his need to withdraw his name from the nomination of Ambassador to Ireland in a series of letters exchanged with Trump. 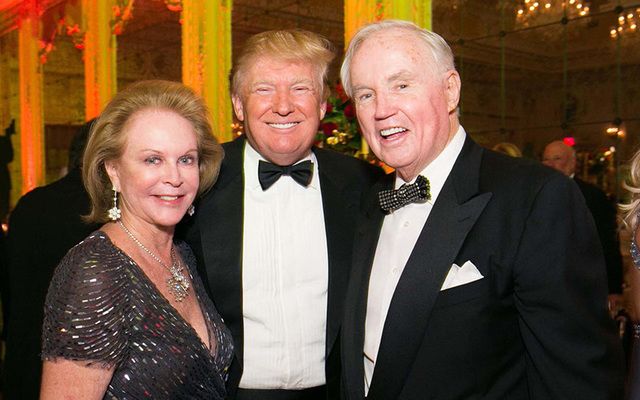 Brian F. Burns, the US ambassador-designate to Ireland has withdrawn his name from consideration for the job, citing health issues, IrishCentral has learned.

It is believed that Burns and President Trump exchanged letters in which the attorney and leading Irish American philanthropist revealed his reasons for stepping aside.

Burns, 81, was considered a remarkably good choice by Trump, given his long career of devotion to Irish issues, including the creation of the John J. Burns Library at Boston College and as a senior official of the American Ireland Fund.

There will inevitably be speculation that the failure to appoint ambassadors by the Trump administration has played a role in the Burns decision.

As of the time of writing, scores of key positions have still not been filled by the Trump administration, including major ambassadorial appointments.

Burns, a resident of Palm Beach, served as Trump’s lawyer when he first purchased Mar-a-Lago and the two become very close. He was a major supporter during the campaign and described the offer of being ambassador as one of the highlights of his life.

The position has now been vacant since former ambassador Kevin O’Malley stepped down the day of Trump’s inauguration in January.

IrishCentral also understands Burns went through back surgery recently, which may have played a part in this decision.

Burns, a son of Joe Kennedy’s closest political advisor and a leading Irish American philanthropist, was first revealed as Trump’s pick for Ambassador to Ireland by IrishCentral in early December. He has strong ties to County Kerry.