British are foundering on Brexit as it is essentially undoable. Varadkar and Irish leaders must have no part to play in phony border making. 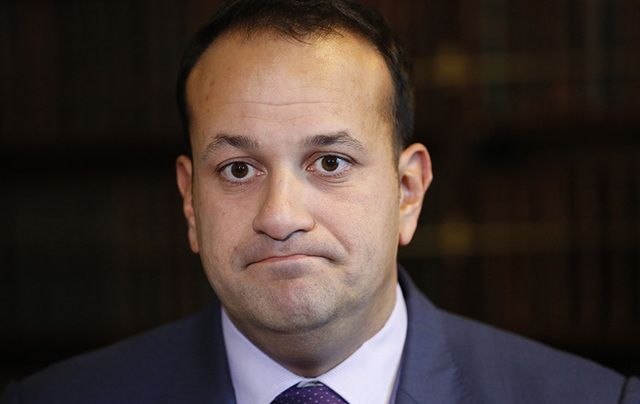 Taoiseach Leo Varadkar, who made clear immediately the Irish weren't in the business of reconstructing a border. RollingNews

If Brexit means Brexit then the Irish border means the Irish border, a meaningless line in the earth drawn to keep Ulster Protestants a majority in their sectarian little statelet.

For generations and, especially in the aftermath of the outbreak of The Troubles, the Irish, British and unionists eventually found a way to compromise on the border which did not satisfy everyone’s demands but delivered enough for each.

Down came the border crossings, away went the custom posts, straight through from Dublin and points south came the highways with no stops.

Everyone got to point to progress and the entire framework was magically guided by the European Union, of which Ireland and Britain were both members.

The Troubles stopped, the border disappeared but remained in legal and constitutional terms, but for the average person on the island, it physically did not matter anymore.

'Facts on the ground' are what experts call such happy occurrences, where a fiction that there is a border lived side by side with the reality that it was gone.

But then in an act of stunning self-sabotage, the British withdrew themselves from the European Union, caring little obviously about the superstructure of Europe and how it had played a huge role in securing Irish peace.

Having recently seen the movie 'Dunkirk,' you cannot come away with anything but huge respect for what the British succeeded in doing in fighting back from such a heavy early defeat in World War II.  That was true grit, British bulldog at its best.

But the present day bulldog bears no resemblance.  Rather, Theresa May, Boris Johnson et al are wreckers in a china shop – not protecting the homeland, but destroying it from within.

Worse, they cry “who, me?” when people point the finger of blame at the chaos and uncertainty that now grips Europe.

Now the British have come up with a “frictionless border,” a neat conceit where electronic artistry will somehow put back in place an Irish border that was not there anymore, if you follow.

“Pshaw,” said Taoiseach Leo Varadkar, who immediately made it clear that the Irish weren't in the business of reconstructing a border that would have chaotic impact on the island of Ireland and might even start a new phase of The Troubles.

Varadkar is exactly right. There is nothing whatsoever in the British offering even remotely worth considering for an Irish government desperately trying to ensure that Brexit does not overwhelm the country.

Varadkar spoke loudly, clear and refreshingly directly. No pussyfooting there, thankfully, as the British once again try and impose their will on Ireland.

There is only one solution to this imbroglio: Northern Ireland must be granted special status to remain part of the EU. That is what Northern Irish voters voted for, and it is the only way to ensure that the Good Friday accords, the underpinning of the political settlement so hard won, remain.

Under that scenario, non-Irish or British passport holders can be checked at the airport or port of entry in Britain if they are traveling from Ireland, likewise with transported goods.

The British government are foundering on Brexit for a very good reason – it is essentially undoable. One hopes they will eventually realize that, but until then Varadkar and Irish leaders must have no part to play in phony border-making.