One Campaign says it is disappointed by lack of funding in prime minister's feminist foreign aid promise. 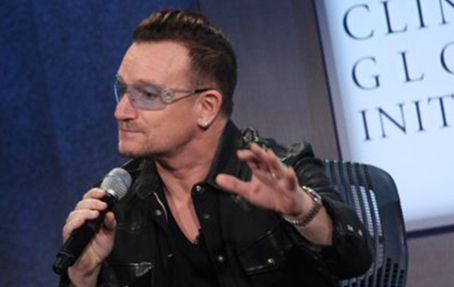 Bono’s ONE Campaign, the international anti-poverty organization co-founded by the U2 singer, has said it is disappointed by the lack of funding in Canadian PM Justin Trudeau’s feminist foreign aid proposal.

ONE Campaign spokeswoman Juliet Vedral told The Canadian Press that the organization welcomes the prime minister’s leadership in putting women and girls at the center of Canada’s international aid strategy but the lack of funding for development falls short of his “soaring” feminist rhetoric, reports Globalnews.ca.

Last week, on International Women's Day, Trudeau announced $650 million in funding over three years for sexual and reproductive health projects around the globe. However, several organizations are taking issue with the promise because it comes from the existing development assistance budget, one that isn’t expected to see a significant increase in funds.

“We’re disappointed in that it’s wonderful that Justin Trudeau, like Stephen Harper before him, wants to prioritize girls and women,” said Vedral, referring to the former prime minister’s maternal and newborn child health initiative.

“What we are more interested in is new money and not taking away from existing programs,” she added.

Canadian aid agencies have said that the government’s retooled feminist foreign aid focus must come with a funding increase or else the reallocation of dollars will only end up draining other worthy aid projects.

According to multiple sources, the government has been tamping down any expectation of significant new development money in next week’s federal budget, Globalnews.ca reports.

#Bono's ONE campaign says #JustinTrudeau has "failed to live up to that soaring rhetoric that he campaigned on" https://t.co/SevmqIp8LM pic.twitter.com/bPAprUEuoC

ONE, along with other organizations, wants the Canadian government to announce a long-term plan to reach the United Nations target on development spending of 0.7 percent of gross national income. The country’s current level is below 0.3 percent.

Development Minister Marie-Claude Bibeau has said it is unrealistic for Canada to reach 0.7 under the current economic conditions.

Cicely McWilliam, the policy director of Save the Children Canada, said it is laudable that the government wants to be a “champion” for helping women and girls in the developing world.

Because #GirlsCount, on #IWD2017 ONE members around the world are telling world leaders it's UNACCEPTABLE that 130m girls aren't in school! pic.twitter.com/VPmL1dq82A

“Certainly there’s support rhetorically, for girls, that’s great. It will be really important for the funding to follow that rhetoric.”

She said new funding will address the “root causes of inequality” that effect girls and women around the world.

“Our hope is that, over time, the next step will be to potentially increase the amount of funding.”