Biden would beat Trump in a head to head, IrishCentral readers vote

A recent article from political analyst Mike Allen claimed that Joe Biden is the only Democrat who can beat Donald Trump in 2020 and IrishCentral readers agree. 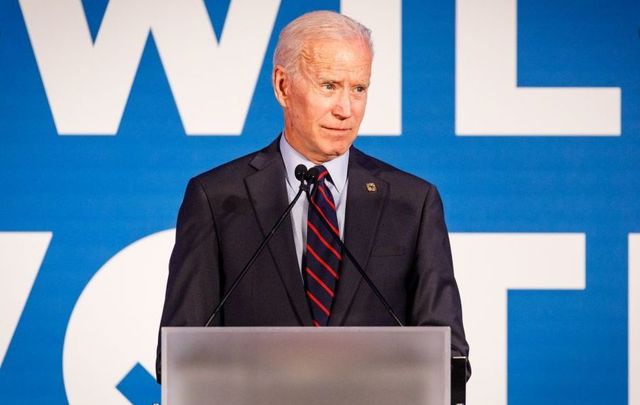 Former vice president and 2020 Democratic presidential candidate Joe Biden speaks to a crowd at a Democratic National Committee event at Flourish in Atlanta on June 6, 2019, in Atlanta, Georgia. The DNC held a gala to raise money for the DNC's IWillVote program, which is aimed at registering voters. Dustin Chambers/Getty Images

A recent article from political analyst Mike Allen claimed that Joe Biden is the only Democrat who can beat Donald Trump in 2020 and IrishCentral readers agree.

Joe Biden would beat Donald Trump claiming just over 50% of the vote, according to a recent poll conducted among IrishCentral readers.

"We have had too much of Trump already. He is not a President at all," said one reader, while another added, "Trump has zero integrity and has demeaned the office." Others commented to say "We need someone with intelligence and manners" and "I like Biden. He's respectful, kind, and well-behaved. Trump's a clown."

Those siding with Trump, however, stated "Trump has done a very good job so far I love the direction the country is going in" and "He’s done everything he said he was going to do and he would do more if he wasn’t being obstructed."

Some were unhappy with Biden as a Democratic candidate and preferred to vote for Trump over the former Vice President: "I don’t agree with Biden’s positions on major issues. If Trump is my only viable alternative to Biden, the Trump it is."

Others agreed with other candidates: "Prefer Warren cuz I don’t think Biden can win. He’s not progressive even tho he says he is."

The poll also revealed that healthcare, immigration, and keeping Medicare are the most important issues to voters, with abortion issues coming in fourth place, enforcing that healthcare, in general, is the major concern of the electorate.