Belfast jobs under threat as US raises Bombardier import taxes

Bombardier in Belfast have been dealt a second blow in as many weeks after the U.S. government imposed a further import duty of 80 percent on its C-Series aircraft. 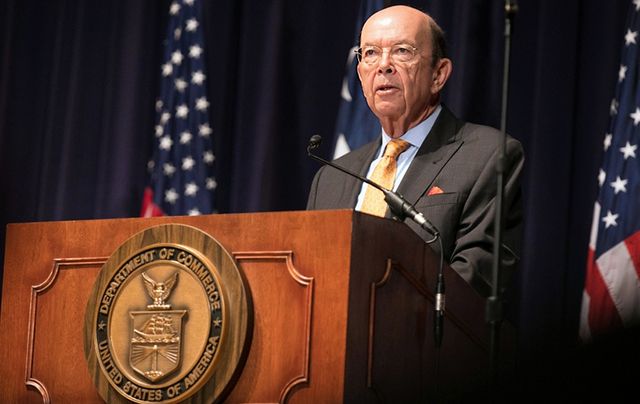 Bombardier in Belfast have been dealt a second blow in as many weeks after the U.S. government imposed a further import duty of 80 percent on its C-Series aircraft.

Last week the U.S. Commerce Department ruled that Canadian company Bombardier sold planes below the cost of production which gave them an unfair advantage over Boeing, imposing a 220 percent import tariff.

The wings of Bombardier’s C-Series are manufactured in Belfast at the former Shorts plant, where Bombardier now employs over 4,000 people. One thousand people work on the C-Series, with those jobs now in doubt.

The recent developments have taken place against a backdrop of British Prime Minister Theresa May speaking personally to U.S. President Donald Trump over the issue after coming under pressure from the DUP who are propping up the British government at Westminster.

The row has called into question the DUP-Conservative deal at Westminster, but it has also cast doubt on the British government’s ability to successfully agree a trade deal with the U.S. post-Brexit.

The DUP man said: “What I have found most unsettling is the bullish statements that have come both from Boeing and from Wilbur Ross, the (U.S.) commerce secretary.

“I didn’t expect it. I didn’t think that they would be so protectionists.

“For that reason, I’m going to be raising this in parliament because I think what we’ve been doing thus far just hasn’t been enough.”

That said, Boeing employs over 18,000 people in Britain and are building a new factory in England.

A spokesperson for Boeing said: “Boeing is committed to the UK and values the partnership, which stretches back almost eighty years.

“Boeing welcomes competition and Bombardier can sell its aircraft anywhere in the world. But sales must be made according to globally-accepted trade rules.”

During his visit to Washington last week, Irish Foreign Minister Simon Coveney met with Secretary Ross and the Bombardier situation was one of the issues the two discussed.