Up to 200 people permitted at outdoor events as Irish Gov. grapples with Zappone controversy

New guidelines published by Fáilte Ireland state that outdoor venues can now cater to a maximum of 200 people, while live music will also be permitted at outdoor events. 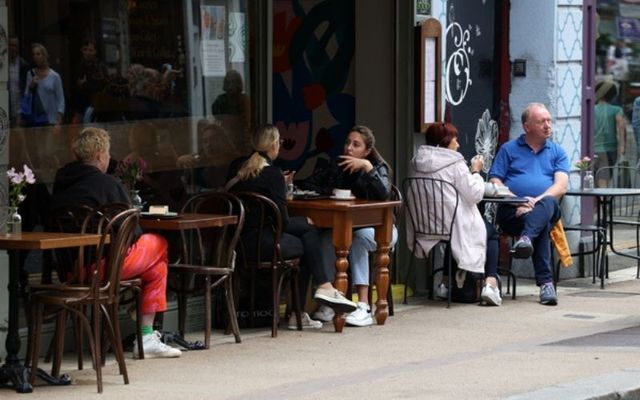 Up to 200 people are now permitted to gather at organized outdoor events in Ireland as the Irish Government grapples with the controversy of a gathering hosted by former Children's Minister Katherine Zappone in a Dublin hotel last month.

New guidelines published by Fáilte Ireland state that outdoor venues can now cater to a maximum of 200 people, while live music will also be permitted at outdoor events.

Guests will now additionally be permitted to book multiple tables of six adults at bars and restaurants, although no intermingling between tables is allowed.

Meanwhile, the number of guests permitted to attend wedding functions remains at 100.

The updated advice comes after it emerged that former Children's Minister Katherine Zappone held a gathering of 50 people in Dublin's Merrion Hotel at the end of July.

Tanáiste Leo Varadkar confirmed that he attended the private party held on the grounds of the famous Dublin hotel and said that Government guidelines at the time permitted outdoor gatherings of up to 200 people.

However, the Irish Hotel Federation said that Fáilte Ireland's guidelines in July stated that "organized events, indoor and outdoor," were not permitted unless they were weddings or "non-social meetings, training and educational programs considered essential to the operation of a business".

The Irish Government's regulations at the time also stated that customers could not book multiple tables in a restaurant, pub, or hotel.

Around 50-60 people reportedly attended the event at Merrion Cricket Club on July 29.

Dónall Geoghegan, Ryan's joint Chief of Staff, also attended Zappone's private party in the Merrion Hotel, according to a report in the Irish Times.

Varadkar said that he was confident that no public health regulations were breached at the event and said that the Government would issue updates to the regulations to ensure that people had clarity over future outdoor events.

However, Catholic Archbishop of Dublin Dermot Farrell criticized the Government over the event and contrasted the incident to Government policy on First Holy Communions and Confirmations.

"You know it’s okay to have a bash in the Merrion Hotel with 50 people present. But yet, it’s not possible for a parent to take their child along to receive the sacrament," Farrell told RTÉ Radio 1 on Wednesday.

People Before Profit TD Paul Murphy said that the event appeared to be in contravention of the regulations in place at the time.

He also compared the private party to "Golfgate" last August, when 81 members of the Oireachtas Golf Society came under scrutiny for attending an indoor event in a Galway hotel at a time when the Government had introduced a limit of six people from households for indoor gatherings.

The incident was followed by a raft of high-profile resignations.

Zappone told RTÉ News that she contacted the Merrion Hotel prior to the event and said that the hotel assured her that the event would be in compliance with Ireland's COVID regulations.