More than 2,300 people have signed the petition, launched by Dr. Caroline Schroeter and Dr. Dónal Hassett of University College Cork. 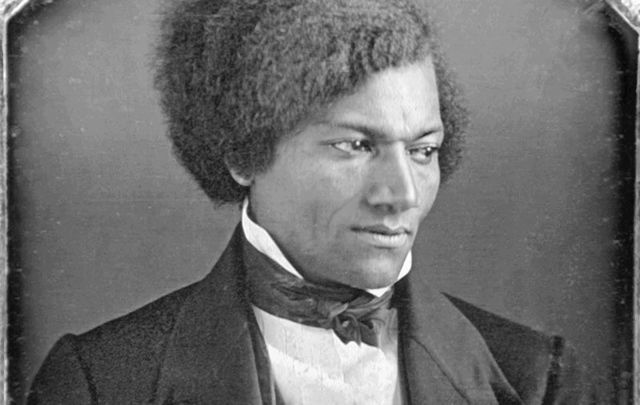 More than 2,300 people have signed the petition, launched by Dr. Caroline Schroeter and Dr. Dónal Hassett of University College Cork.

Schroeter and Hassett launched the petition in the wake of the Black Lives Matter movement which has gathered momentum since the death of George Floyd in police custody in Minneapolis at the end of May.

The pair launched the petition to simultaneously confront local commemorations of colonialism and honor one of the most important figures in the abolition of slavery who left a huge impression on Cork when he visited in the mid-19th Century.

The petition has a target of 2,500 signatures and Schroeter, a German language teacher and slavery expert at UCC, said that she doesn't plan on stopping once it reaches that figure.

"We are not going to stop at 2,500; we are aiming for 5,000 signatures by the end of the year. We know the support is there," she told IrishCentral.

"For us, it is about raising awareness and allowing people to explore Frederick Douglass’s story to support our efforts to commemorate him more prominently in Cork."

If the petition does reach 5,000 signatures by the end of the year, Schroeter argues that the campaign will be in an even stronger position during the renaming process while additionally raising more awareness about Frederick Douglass and his connection to Cork.

Schroeter and Hassett have already made contact with several Cork City Councilors about renaming a street after Douglass and that they have received overwhelmingly positive support so far.

The petition organizers have since teamed up with the Frederick Douglass Family Initiative and UCC's "Creative Commemorations - Visualizing Frederick Douglass’s footprint in Ireland, Past & Present" to petition for the name change, something that Schroeter believes has generated even more support for the campaign among local councilors.

Once councilors vote in favor of the campaign, the issue will be taken to the Lord Mayor of Cork and national politicians, and Schroeter is confident of a positive outcome.

"We believe that, in the context of the global #BlackLivesMatter movement and a renewed debate about systemic racism and discrimination, here and abroad, politicians have offered help and ensured us that they will vote for the project in their individual committees," she said.

The petition seeks to honor Douglass, who visited Cork for three weeks in 1845 as part of a tour of Great Britain and Ireland.

Schroeter said that Douglass was  "one of the most recognizable faces of the global movement against slavery" and said that he always spoke warmly about his reception in Ireland.

"It is significant that Douglass, 175 years ago, visited this city with a vision for humanity that was greeted with respect and admiration in a way that was not and still is not possible in the land of his birth, which he called home."

Douglass was a great admirer of Irish activist Daniel O'Connell and the pair became friends during Douglass's tour. Schroeter said that Douglass was happy to be referred to as "the Black O'Connell of the United States."

The UCC professor said that renaming a public space after Douglass would send a powerful message of Cork's tolerance and multi-culturalism.

She said that dedicating a public space to Douglass would also acknowledge Cork City's complex history supporting, and campaigning against, slavery. A significant portion of the city's profits in the 18th century came from supplying provisions to slave traders, she said, at the same time that a prominent abolitionist movement sprung up in the city.

If successful, Schroeter said that the campaign is planning to rename a street near UCC, which fully supports the campaign.

She argued that renaming a street where UCC is the only rent payer would make the process much less complicated. UCC President Patrick O'Shea has given his full support to the project, according to Schroeter.

However, the campaign is still open to suggestions from the community.