Paul Jones was murdered in 2019 by his sister and her partner in a dispute over the ownership of the family home. 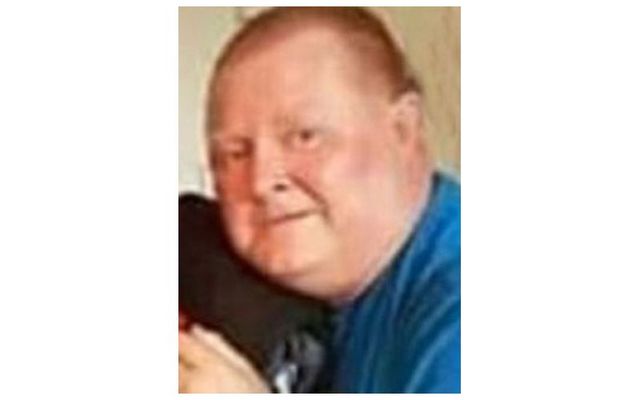 Paul Jones, 55, was brutally murdered by his sister and her partner in a dispute over their family home.

The brother of a Cork man brutally killed by their sister said during her sentencing hearing that he was unable to get over the "savage" murder.

On Friday, Helen Jones, 54, and her former partner Keith O'Hara, 43, were given mandatory life sentences for the murder of Paul Jones, a father of one who was killed at his home in Bandon Road in the Lough in Cork city on September 4, 2019.

Jones, 55, was stabbed 25 times and hit over the head with a machete, or bill hook, during a dispute over the ownership of the Jones family home in Cahergal Avenue in Mayfield, according to The Irish Times.

Liam Jones, the 53-year-old brother, said in a victim impact statement that the actions of his sister and her partner had left him “shell shocked.” He said he was very close to his older brother.

“We had a strong bond. I can’t seem to get over Paul’s death and how he died. When I heard that Paul had died I thought it was from a heart attack. When I realized how he died I was shell shocked. I went in to a state of numbness and disbelief.

"When I heard of Paul’s death, how savage it was, the shock took over for 24 hours and I couldn’t take anything else in. This was a tragic death that Paul had and he didn’t deserve it," said Liam, according to the Irish Examiner.

“Paul lived a quiet life and only went out two or three times a week to do some shopping. Paul’s death left a big void in my life and life has not been the same since 2019. When the verdict came out as guilty I felt that my brother got justice. Hopefully Paul can now rest in peace.”

Paul Jones was found dead on September 7, 2019 having suffered 25 stab wounds and a deep “chop wound to his head” inflicted by a machete.

Witnesses saw Helen Jones dressed in a bathrobe and slippers using a knife to bang on the door of the home of her brother Paul Jones on the evening of September 4, 2019.

One eyewitness told the court that she saw a man covered in blood in the hallway of the house and gave evidence that she heard the woman remark to the man “That is what you get, you got off light.”

A taxi driver told the court he had picked up Helen Jones and Keith O'Hara from Cahergal Avenue and driven them to Paul's home on Bandon Road on the night of the murder.

A machete, which was recovered in a garden at MacCurtain Villas, was found to have Paul Jones' blood on the blade with blood with a DNA match for O’Hara on the handle. O'Hara blamed Helen for the murder and claimed he only acted in self-defense, reports RTÉ.

Helen Jones was in a row with her brothers Paul and Liam over the inheritance of the family home in which she was living with Keith O’Hara. Although the defendants lived at the Cahergal Avenue home, after the death of her father, William Jones, the property was left to her two brothers.

Following legal action, a compromise was reached in 2018 where Helen Jones would leave the property which was to be sold and she would receive a portion of the proceeds. However, despite the compromise the defendants were not happy about the situation regarding the home.

On Thursday, a 10-person jury at the Central Criminal Court in Cork delivered a unanimous guilty verdict for both co accused following a lengthy trial.

Justice Michael McGrath imposed mandatory life sentence on the pair for the “senseless, violent and frenzied attack” on Paul Jones.