A Wisconsin crackdown on those violating the state's butter laws has forced residents to file suit for their right to buy Ireland's Kerrygold. 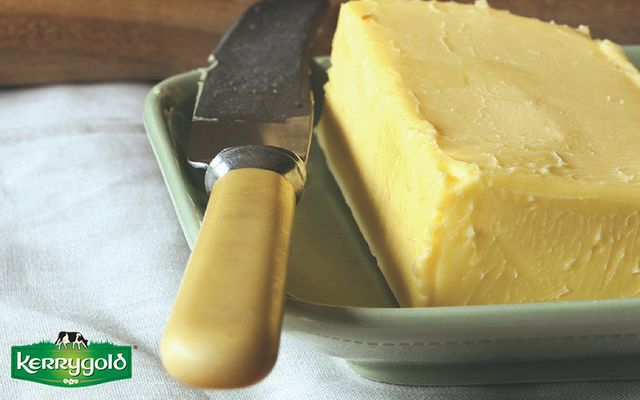 Following a crackdown on what many see as an arbitrary rule banning Kerrygold butter in Wisconsin, residents are fighting back with a lawsuit. Kerrygold IRL

A group of residents and a local food company are taking the issue to the courts. The Irish Farmers Journal reports that  “Jean Smith, Amber Marzahl, Nicole Batzel and Kathleen McGlone, along with Slow Pokes Local Foods, have filed a lawsuit against the state ‘to preserve the freedom to buy and sell whatever type of butter one wishes to.’”

According to a state-wide regulation that dates back to 1970, all butter sold in Wisconsin must bear either a federal or Wisconsin grade mark. Kerrygold, which is processed, packaged and graded in Ireland, does not.

While Kerrygold has been sold in the state in the past, authorities began enforcing the law more stringently in recent years, seeing the Irish butter cleared from the supermarket shelves. Now, shop owners who break the law can face $1,000 in fines or up to six months in prison

Many Wisconsinites have long-enjoyed the Irish butter made with milk from grass-fed cows, not knowing it was technically illicit in their state, until authorities began enforcing the law again.

Read More: Why selling Irish Kerrygold butter is now illegal in this US state

Prior to the lawsuit, a petition had been circulating calling upon Wisconsin Governor Scott Walker to change the law that results in the block on Kerrygold. It has amassed more than 500 signatures, including that of Silicon Valley entrepreneur Dave Asprey whose Bulletproof Coffee incorporates unsalted Kerrygold butter into its recipe.

A number of those who signed the petition commented that they preferred to use Kerrygold for health reasons (butter from grass-fed cows is believed to be a better option for those with high cholesterol), with many saying they were going so far as to cross state lines to buy the butter in bulk.

In a statement the group bringing the lawsuit said: “The butter law has prevented Wisconsin grocery stores from legally selling certain brands of butter. One example is the incredibly popular Kerrygold butter, made in Ireland.”

The Wisconsin Institute for Law and Liberty has filed the suit on their behalf.

“We have all the confidence in the world that Wisconsin’s butter producers can compete with the likes of Kerrygold. But in order for the state of Wisconsin to continue its upward climb, we cannot remain in the business of erecting, or in this case preserving, artificial barriers to product entry,” said associate Counsel Jake Curtis.

Ornua, the company that owns Kerrygold, is not a part of the lawsuit and stated that they are “working separately with the authorities on a solution which will enable consumers throughout the state enjoy the great taste of Kerrygold butter.”

Do you think these Wisconsinites have a strong case against the state? Share your thoughts in the comment section.