Desperate Americans are driving all the way to Nebraska to get their daily fix of Kerrygold. 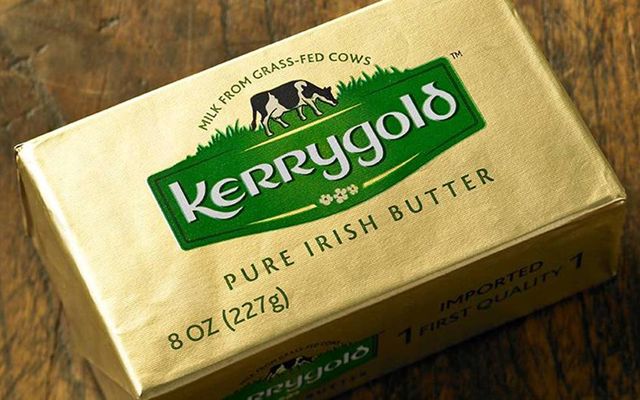 Lovers of Kerrygold, Ireland’s best known brand of butter, have been left bereft in the state of Wisconsin. Kerrygold is made in Ireland and does not comply with the Badger State’s strict dairy regulations.

Under a 1970 law all butter sold in the state must be subjected to scrutiny by a panel, which recently ruled Kerrygold was not compliant. Their problem with Kerrygold’s products was that the cattle who produce the milk for the cheese and butter are grass fed, something the panel ruled was against state law.

wont be travelling anytime soon to Wisconsin - ban on @kerrygold butter - a great taste of #Ireland - really whats that about?........ pic.twitter.com/jjmOICwOk1

Any shopkeepers who continue to stock the brand face a $1,000 fine and up to six months in jail – something that has enraged consumers.

One woman said she drove all the way to Nebraska, 500 miles or so away, to stock up and bring the butter home in cooler bags, so incensed was she by the ban.

So Wisconsin has banded #kerrygold. I envision people down alleyways with crackers and knives getting their smuggled butter.

"You can do a taste test. You have to do a taste test and see I guess, but it definitely has a different, richer taste than the other butter does," Jean Smith told the Foundation for Economic Education.

If I were inclined to launch out into any criminal enterprise today, it would be the smuggling of Kerrygold into Wisconsin.

I will now think of Wisconsin every morning when I have my toast. https://t.co/KSohjgRFau

The dairy industry is hugely influential in Wisconsin and in 2016 accounted for 13.9% of all US milk production and 26% of all cheese production.

The desperate woman pleaded with bureaucrats to reverse this decision before her many months worth of supplies runs out and she has to drive to Nebraska again.

“I want to please ask whoever it is that's preventing me from getting butter in our stores here to stop it.”

Interestingly, the fact that Kerrygold is made with milk from grass fed cows has made it a coveted product among foodies and healthy eating aficionados. One Silicon Valley trend, Bulletproof coffee, even encourages fans to add a dollop of Kerrygold to their morning coffee.