Oleksandr Zavhorodniy, who worked in an Aldi supermarket in Dublin before leaving for Ukraine on March 2, died during heavy bombardment of Popasna, near Luhansk. 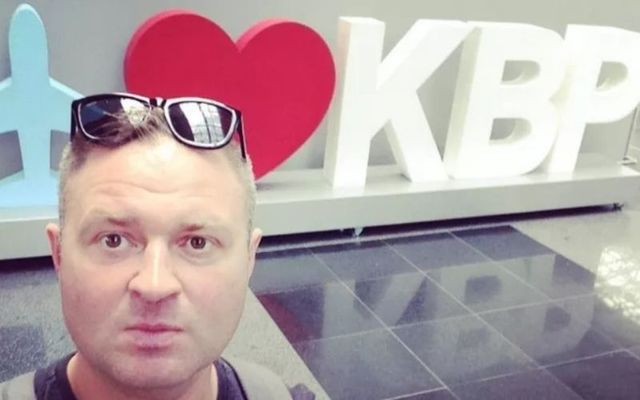 An Irish-based Ukrainian who left Ireland to fight against the Russian invasion of Ukraine has been killed during fighting in the Donbas region.

Oleksandr Zavhorodniy, who worked in an Aldi supermarket in Dublin before leaving for Ukraine on March 2, died during heavy bombardment of Popasna, near Luhansk on March 30.

The separated father-of-two had been living in Ireland for 20 years and was living in rented accommodation in Sandyford before leaving for Ukraine.

Alex Cucuet, a Dublin Bus driver who had been friends with Zavhorodniy for eight years, told the Irish Independent that he tried to stop him from returning to his native Ukraine to fight against the Russian invasion.

"I was on a break when I heard he had died and was so shocked that I couldn’t go back to work. I was concerned when he told me he was going to Ukraine and a few of us tried to stop him," Cucuet told the Irish Independent.

"He told us he couldn’t just stay here and wait for everything to be finished. He was really proud of the Ukrainian army and had done military service when he was younger."

Anton Burihhin, a former friend and colleague, told RTÉ that Zavhorodniy's priority was to ensure that his family in Ukraine was safe.

"He was a true patriot. We are all devastated," Burihhin told RTÉ.

It is understood that Zavhorodniy's ex-wife and youngest daughter have managed to escape Ukraine since the Russian invasion began on February 24, while his eldest son was not in the country at the time of the invasion.

His funeral is expected to take place in his hometown of Okhtyrka later this week, but his family will be unable to attend it.

A GoFundMe aiming to raise money for Zavhorodniy's family has so far raised more than €21,000.