An American Airlines flight had to make an emergency landing in Dublin after two staff members allegedly passed out due to fumes from an oil leak. 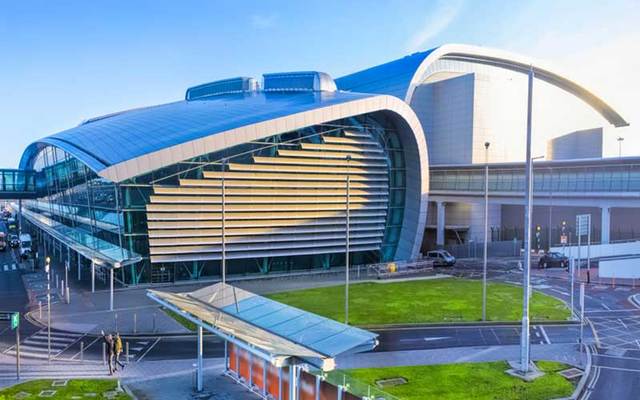 An American Airlines flight had to make an emergency landing in Dublin after two staff members allegedly passed out due to fumes from an oil leak.

American Airlines admitted earlier this week that the powerful fumes that knocked two crew members unconscious on Flight 729 from London Heathrow to Philadelphia on October 21 was not caused by a cleaning solution.

The airline had initially claimed that the incident was caused by "an odor caused by a spilled cleaning solution in the galley."

Read More: Elderly blind man from Northern Ireland thrown off flight after accused of being drunk

According to the BBC,  an internal American Airlines report on the incident states that "dish soap in a bottle caused two flight attendants to get medical attention and one passenger.”

In public statements, the company describes the substance not as “dish soap” but as a “cleaning solution."

On Monday, the BBC reported that what caused the staff to fall unconscious was actually an oil leak, which according to maintenance records of the plane “had been leaking oil prior to the flight.”

According to the BBC, sources say "it is likely the leak caused toxic fumes to enter the cabin."

The leak was reportedly coming from the  Auxiliary Power Unit, or APU, which provides power to start up the engines and to provide power on the Airbus 330 aircraft when the main engines are not running.

According to an engineering maintenance report, the aircraft’s APU was showing a "high oil consumption" three days before the incident.

Audio from the cockpit appears to show that the pilots genuinely believed that spilled cleaning product was the cause of the incident, Yahoo! News reports.

The pilots can be heard telling Irish traffic control that two crew members were unconscious and that medical assistance was needed.

"We've had two of our flight crew staff made, excuse me, the cabin staff have actually lost consciousness, but I think they're back to a state of consciousness just now and there are general complaints about burning eyes and skin problems,” said the pilot.

"We've actually covered the container of the substance. It was a cleaning product that was used at London Heathrow, if you wait a moment I actually have a picture of the container that I have in a plastic bag.”

In a statement to the BBC, American Airlines acknowledged that a cleaning product was "not the source of the odor, which led to the diversion of this flight."

However, the company did not corroborate the BBC's report about an oil leak.