A network of terrorist sympathizers living in Ireland are believed to be providing logistical support for Islamist activists in Europe. 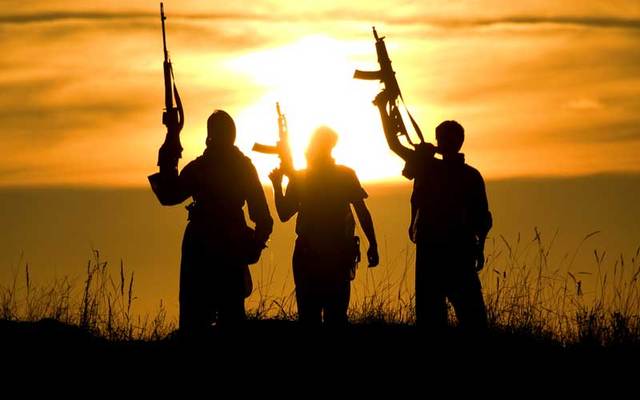 A group of jihadis raise their weapons against the setting sun. iStock

The number of suspected jihadi sympathizers on Ireland’s intelligence watch list has grown from an estimated 30 or 40 to now more than 70.

The Irish Independent reports that there are between 20 and 30 ‘top tier’ sympathizers who are known to have contact with suspected terror activists in Europe and are thought to be providing logistical support, including false documentation or identity papers, travel arrangements, and fundraising.

A second tier of sympathizers in Ireland consists of more than 50 people who are also believed to be involved in supplying support but who are not in direct contact with potential attackers.

Gardaí say the role of these logistics back-up cells is important to the terror network as they help potential fighters, who are in need of new identity papers, travel to and from the ‘Caliphate’(Syria and Iraq).

The biggest fear for police forces across Europe is potential attackers returning from the Caliphate, the Irish Independence reports.

Read More: Calls for Irish jihadis fighting with ISIS to be stripped of citizenship

There are at least 30 people known to have flown from to Syria and Iraq from Ireland over the past few years. Some have joined Isil, while others have joined the Kurds. All have Irish passports.

The group of sympathizers now in Ireland include many from North African countries like Algeria and Morocco, some from the Middle East, and others from Pakistan and Egypt. The jihadi sympathizers are either living legally or are asylum seekers.

Ireland’s current threat level from international terrorists is at moderate, meaning that an attack is possible but not likely; however, the government has been advised that they still must be prepared to cope with a possible threat.

If an attack does occur, it is likely to come from a “lone wolf” imitating the attacks of jihadis elsewhere, who have driven a vehicle into a crowded area.

An attacker is also likely to target crowds leaving a sports stadium or entertainment venue in Dublin or provincial cities.

Since the beginning of the year, gardaí have been working on plans for temporary barriers to erected around crowded areas to prevent attacks using trucks of other vehicles