The Irish Government knows of at least 30 Irish people who have gone to the Middle East to engage in terrorism. 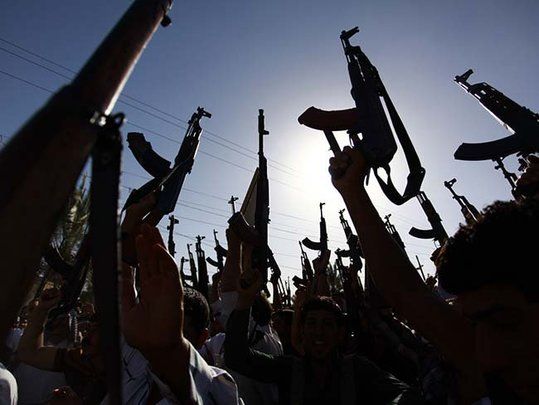 The Irish Government knows of at least 30 Irish people who have gone to the Middle East to engage in terrorism. iStock

A senior Irish legislator has called for any Irish jihadists fighting for the Islamic State to lose their citizenship.

Similar legislation was enacted in Canada but was repealed after a change of government in 2015.

Now O’Brien thinks something similar should happen in Ireland.

“There should be no [safe] haven in Ireland,” he said of people who engage in terrorism, adding that the Government was being “complacent” about the issue in the wake of the attacks in London and Manchester.

Kelly reportedly blew himself up on the orders of Islamic State late last year.

He drew a distinction between the “vast bulk” of Irish Muslim who he said must not be stigmatized and asked that the Government not take a “big stick approach” to tackling the problem of extremism.

Any changes to Irish citizenships would likely need to be put to a referendum. All people born in Ireland are automatically Irish nationals if born on the island of Ireland prior to New Year’s Day 2005.

The same is true for people whose parents were born in Ireland.

A constitutional amendment in 2004 restricted birthright citizenship to babies born from 2005 onwards to those whose parents are Irish or EU citizens, as well as those with parents who have lived in Ireland for at least three years.

Read More: Irish Muslim leader says those "spreading hate" of Islamic fundamentalism should be in therapy

Speaking to IrishCentral the Dublin Finglas TD said he detected “worrying complacency” from the Government in relation to the issue.

He added it was “too soon to say” if the policy would be included in his party’s manifesto at the next election but did add that the proposal had received “broad support” from his Fianna Fáil colleagues.

In 2015 the Department of Justice said it knew of at least 30 people who had traveled from Ireland to the Middle East to engage in Jihad.

After one of the London attackers was revealed to have lived in Ireland for a time, the Irish Government told the media it was alive to the problem of extremists living in Ireland and monitoring a dozen individuals.

The European Parliament recently gave member states 18 months to pass anti-terror legislation that makes it a crime to join a terrorist organization or travel to another country to engage in terror.