A Northern Ireland United Ireland poll showed that over half of voters would vote for reunification if a border referendum happened tomorrow. 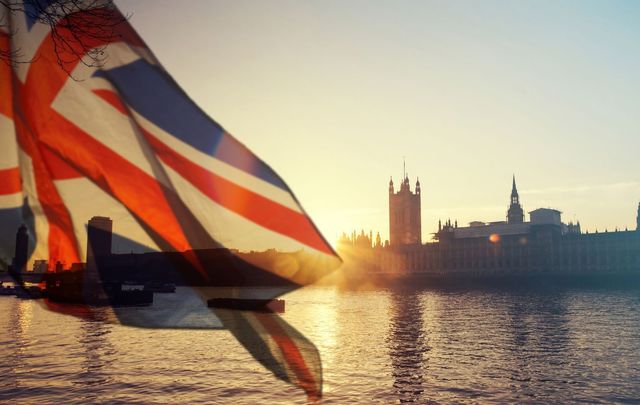 We we get a United Ireland as a result of Brexit? Getty

A Northern Ireland United Ireland poll showed that over half of voters would vote for reunification if a border referendum happened tomorrow.

A new poll in Northern Ireland has shown that 51% would vote in favor of a United Ireland if there were a border poll tomorrow.

The poll, published by businessman and politician Lord Ashcroft, showed that 45% of those surveyed said they would vote to stay in the UK, while 46% said they would choose to leave and join the Republic of Ireland. This margin changes when those who wouldn't vote or didn't know what way they'd vote are taken out of the equation.

The results then broke down to 51% to 49% for unification.

And if there were a referendum tomorrow, how would you vote? pic.twitter.com/muhAdZ5LUh

“This is, in fact, a statistical tie, and well within the margin of error,” Lord Ashcroft said in his analysis of the results.

“Such a result might also reflect the uncertainty and anxiety surrounding Brexit, the Irish border and its potential effect on life in the province, which could recede when the outcome is settled.

“Be that as it may, the result underlines what could be at stake in the quest for a workable Brexit solution on the island of Ireland.”

Lord Ashcroft interviewed 1,542 adults in Northern Ireland online between 30 August and 2 September for this latest poll on Irish unification.

Surprisingly, one in 20 self-declared Unionists (those who support the Union with the United Kingdom) said they would vote for the reunification of the island of Ireland with a further 6% stating they didn't know how they'd vote.

The poll results may also highlight the changing demographics in Northern Ireland as the over-65 age group was the only group surveyed in which the majority said they'd stay in the union. They voted to remain by 62% to 38% when excluding don’t knows and those who would not vote.

Despite the majority claiming they would vote for reunification, those polled did not have the same confidence that it would happen if a referendum took place tomorrow. Fifty-nine percent said that they thought Northern Ireland would choose to remain a part of the UK in that instance.

If there were a referendum on Irish unification (a 'border poll') tomorrow, what do you think the outcome would be? What about a referendum in ten years' time? pic.twitter.com/tHFKKyleCG

When asked about a result in ten years' time, however, they displayed more confidence with 54% believing that the result in a decade would lead to reunification.

If you can't have both, what is more important - Northern Ireland staying in the UK or in the EU? pic.twitter.com/McucYh3vKF

Do you think that Brexit will result in a United Ireland? Let us know in our survey: