Northern Ireland rattled by slight tremors from earthquake in Scotland

Places in Northern Ireland reported feeling the 3.1 magnitude earthquake that occurred in Scotland in the early hours of November 16. 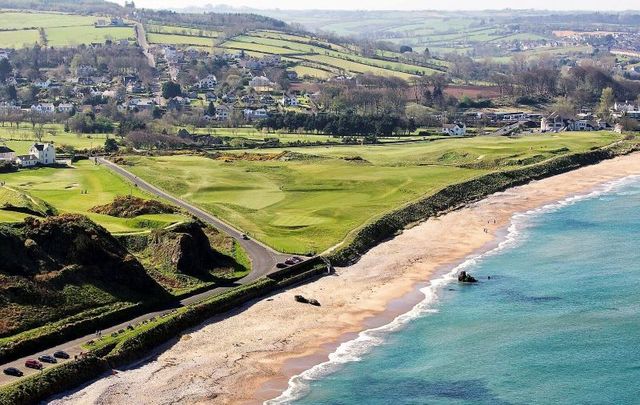 Northern Ireland felt a bit of rumble early this morning thanks to a minor earthquake across the sea in Scotland.

There was one report of a “light” tremor in Dunloy, Co Antrim, and two reports of “weak” tremors in Ballycastle, Co Antrim and Donaghadee, Co Down lodged with the United States Geological Survey (USGS).

There was additionally one report of a “weak” tremor in Cork.

The 3.1 magnitude earthquake occurred 10km underground at Lochgilphead in Argyll and Bute, Scotland just before 2 am this morning, November 16, according to the USGS.

The British Geographical Society said that typical reports from Tuesday's event said "we felt and heard a loud, deep rumbling", "the loud bang woke us up," "sounded like an explosion," "the house and windows shook," and "it was like rolling thunder."

No injuries or property damage were reported in relation to the early-morning shake-up.

The overnight earthquake reportedly registered on all the seismographs across Ireland.

Donegal Weather Channel said on Twitter that the earthquake was picked up by its seismogram:

Overnight seen a 3.1 magnitude earthquake in the southwest of Scotland which was picked up by the Donegal seismogram at around 2am this morning as can be seen in the Chart attached.#earthquake #Scotland #ireland #Donegal pic.twitter.com/y0Rlc5ZtxI

Dr. Martin Möllhoff, director of the Irish National Seismic Network, said it was the first felt earthquake that had been anywhere in Ireland since one was recorded close to the Irish border in Co Donegal in 2019.

"It is a little bit exciting because this does not happen so often and most people think there are no earthquakes in Ireland," he said.

Data from the British Geological Survey shows between 200 and 300 earthquakes are detected in the UK every year, with tremors of between 3.0 and 3.9 magnitude occurring once every three years on average.