Earthquake rattles Donegal for the second time in a month

Donegal was rattled by its second minor earthquake in only three weeks on April 29. 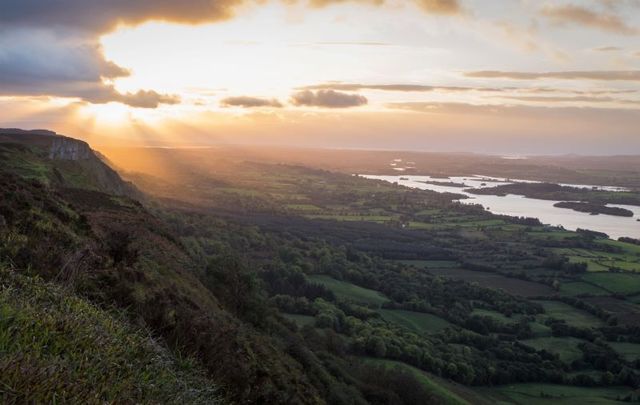 The epicenter of Monday's earthquake was nearby to Lough Erne. Getty Images

Monday night's minor earthquake in Ireland registered at a 2.1 on the Richter scale

An earthquake rattled parts of Donegal and Fermanagh on Monday night in the area’s second minor earthquake within three weeks.

The INSN says that the epicenter of the earthquake was about 15km south-east from Donegal town and 15km north-east from Ballyshannon.

The location of Monday's earthquake in Ireland (INSN)

People in counties Leitrim and Fermanagh also felt the quake.

Reports of the earthquake on April 29 (INSN)

Monday’s earthquake was slightly less in magnitude than the earthquake that occurred three weeks ago, which was recorded at 2.4 on the Richter scale.

Of the April 7 quake, the INSN said: “Events of this nature are not uncommon in the region, however earthquakes with magnitudes larger than 2 are recorded only every few years onshore Ireland or near its coast.”

Speaking with OceanFM on Tuesday, Dr. Martin Möllhoff, Director of Seismic Networks at the Dublin Institute for Advanced Studies, said: “We can’t really predict when earthquakes happen, so sometimes they happen more often than at other times, and it’s actually not fully understood, so this has to be studied in more detail.”

Of Donegal’s two recent minor quakes, Dr. Möllhoff said: “They’re very small events, it’s quite difficult to have a lot of detail about it.”

He added: “It could be coincidence that these two events happened within three weeks.”

People who may have felt the tremors on Monday night are encouraged to fill out a questionnaire on the INSN website.