Donegal coast struck by a mini earthquake on Sunday night

Over 100 reports were lodged about a 10-second earthquake that rattled the coast of Donegal over the weekend. 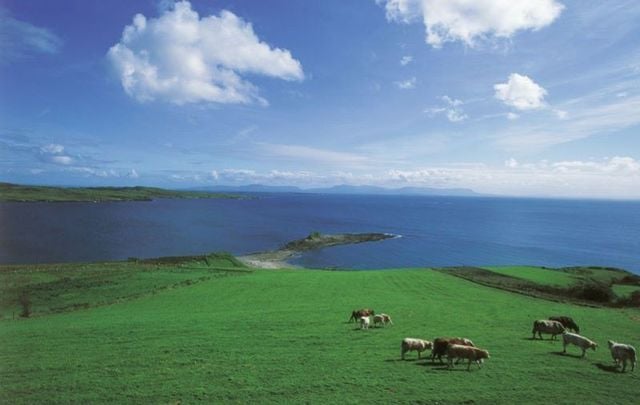 The tremors were felt by some in Kilcar, Co Donegal Ireland's Content Pool

The Irish earthquake registered a 2.4 on the Richter scale

Donegal coastal areas were rattled by a 2.4 magnitude earthquake on Sunday night.

The Irish National Seismic Network (INSN) said that they received more than 100 reports of tremors from people in the southwest area of the county.

The earthquake, which lasted about 10 seconds, was detected automatically by the Irish National Seismic Network (INSN) which is operated by the Dublin Institute for Advanced Studies (DIAS) in co-operation with the Geological Survey Ireland (GSI).

The INSN said: “Events of this nature are not uncommon in the region, however earthquakes with magnitudes larger than 2 are recorded only every few years onshore Ireland or near its coast.”

Dr. Martin Möllhoff, Director of Seismic Networks at the Dublin Institute for Advanced Studies, told The Donegal Democrat: “In absolute terms, it is not very strong. Some countries, like Japan or Iceland, would have that a  number of times a day, but in Ireland, it only happened every one or two years.”

However, he added: “It is one of the strongest we have recorded close to shore. There is uncertainty about the location. It could just be on shore. We need more information to get the precise location. It is somewhere around Donegal Bay and might as well be on shore.”

The INSN shared this map of where they received reports from:

Speaking with The Irish Times, Brendan O’Donoghue, a physics teacher at St Columba’s College in Stranorlar, where special equipment recorded the event, said: “There are 20 or 30 events like this every day in California.”

“They would pass largely unnoticed. If you talk about a very active seismic region, this wouldn’t really raise any eyebrows.”

“But because of the nature of our environment here, these events are news. I suppose people find it interesting, but it doesn’t mean we are at risk from a larger energy event.”

Kenneth McDonagh of the Donegal Weather Channel said he received reports from people as well: “People in the Kilcar and Glencolmcille area felt it the strongest.”

“People heard a massive bang. It is not common to have them here but we do get them every two to five years.”

The INSN encourages those who experience tremors or an earthquake in Ireland to complete this online questionnaire.

Have you ever experienced an Irish earthquake? Let us know in the comments!