Niall O'Brien, 22, died after sustaining serious head injuries when he was struck by a car on the small Greek island of Ios. 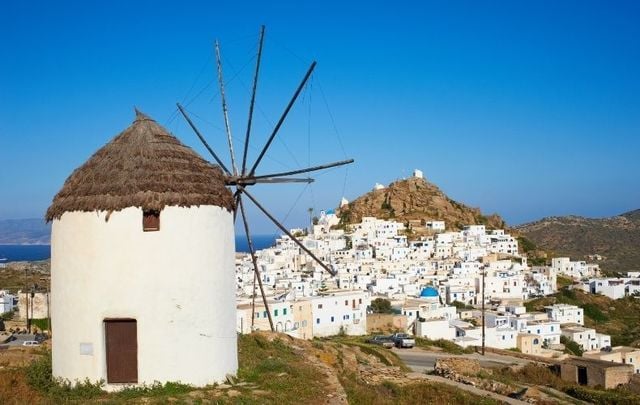 The Greek island of Ios is a hugely popular destination for Irish college students. Getty

Tributes have poured in for a Limerick college student who died while holidaying on the Greek island of Ios on Sunday night.

Niall O'Brien, 22, died after sustaining serious head injuries when he was struck by a car in the small island's main town. Local police said that he fell onto the road during a confrontation with a 20-year-old man.

The man has been arrested by police and is being questioned on suspicion of striking O'Brien "with his hands", causing his death.

The man has been taken to the "prosecutor's office" on the nearby Greek island of Naxos, police said, while O'Brien's body has been transported to Athens for a post-mortem.

Police said in a statement that the assault caused O'Brien to fall on the road and said that the 22-year-old was promptly transported to Ios's health center, where he was pronounced dead.

O'Brien, from Castletroy in County Limerick, was traveling with a group of 20 friends at the time of the incident.

He was a star hurler with Broadford GAA in southeast Clare and a member of Castletroy Golf Club in Limerick. He was also a third-year financial maths student at the University of Limerick.

In a post on Facebook, Broadford GAA extended their sympathies to O'Brien's family and described him as a "hugely popular, larger than life character".

"It is with a broken heart that Broadford Hurling Club are in deep mourning at the sad passing of one of our great characters and players, Niall O’Brien," the club said on Facebook

The club offered its "deepest condolences" to O'Brien's parents Mike and Anne, and his three brothers Cian, Eoin, and Alan.

"Niall, along with his three brothers, has given great service to Broadford Hurling club. Niall has played all grades with the club, having only lined out for a win with our adult teams as recently as last week. Niall was seen as an extremely talented prospect and we will never forget his ‘Man of the Match’ winning performance when scoring 1-11 to win the u21 B county final in 2019."

It is with a broken heart that Broadford Hurling Club are in deep mourning at the sad passing of one of our great...

A family friend described O'Brien as a "brilliant sportsman" and a "serious hurler".

"This is just a terrible tragedy. Niall was the nicest lad you could ever have met, and the whole community just can’t believe what has happened."

The Kevin Bell Repatriation Trust has confirmed that it is liaising with the family in order to assist with the repatriation of O'Brien's remains for burial following a post-mortem.

The Department of Foreign Affairs has confirmed that it is aware of the incident and said that it is providing consular assistance to O'Brien's family.

O'Brien became the second Limerick native to die on the island of Ios in just over a month after 23-year-old Darren Whelan fell to his death on July 11 while holidaying with his friends.

The small Greek island is renowned for its bustling nightlife scene and has become a hugely popular summer destination for Irish students embarking on Greek island-hopping vacations.