Niall Finnegan, 39, was handed a three-year jail sentence for his involvement in an operation that organized raids on ATMs in Cavan and Monaghan using diggers. 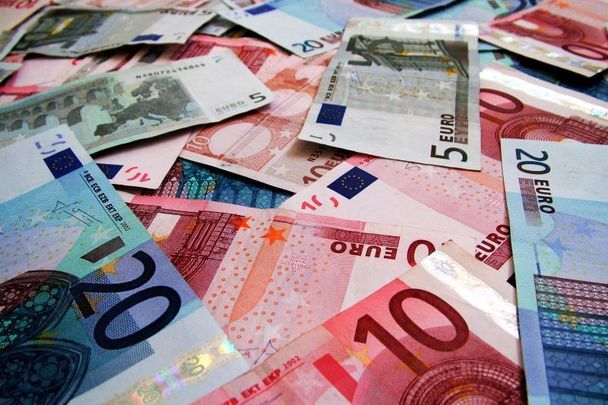 Niall Finnegan pleaded guilty to being in possession of €103,930. Getty Images

A Gaelic games referee who was linked to a gang that carried out outrageous raids on “hole in the wall” bank ATMs in the border area wept when he was taken to jail to start a three-year sentence this week.

The gang used mechanical diggers to cut the machines from the walls in six raids in counties Cavan and Monaghan during which €790,000 was stolen, of which only €440,000 was recovered by investigating gardai.

Niall Finnegan, 39, a former GAA referee and father of three from Cullyhanna in South Armagh, pleaded guilty at the no-jury Special Criminal Court in Dublin to possessing €103,930 at The Yard, Tullypole, Moynalty, Co. Meath, on August 20, 2019.

He was sentenced to four and a half years, 18 months of it suspended because of his early guilty plea.

Justice Tony Hunt ordered that the sentence start immediately and refused a defense request that it be delayed to allow Finnegan to spend Christmas with his children.

The Irish Sun reported that Finnegan, now suspended from refereeing Gaelic games, wasn’t a mastermind in the thefts but worked as a scout driver for the cross-border gang based in East Monaghan and South Armagh.

Hunt told the court at the sentencing on Monday that he had “no doubt” Finnegan was aware of the ATM thefts and how the loss of an ATM to a rural town was a “significant concern to communities.”

The court heard that on one occasion, gardai witnessed a stolen 14-tonne digger being driven along Main Street, Virginia, Co. Cavan, behind a Land Cruiser at 2:15 am.

The bucket of the digger was “only a couple of feet” from the ATM in the center of the town when gardai intervened and the raiders fled.

#Breaking Armed #Garda have intercepted 2 men as they attempted to remove an ATM machine from a hotel wall in Virginia,Co.Cavan.The gang were arrested at 2.30am this morning as they approached the hotel driving a digger. pic.twitter.com/qMN3YvjOCP

Some of the men were identified and traced to a site in Virginia, where €298,000 in stolen cash was recovered.

Finnegan was then seen by gardai using an excavator to dig a hole in a nearby field before taking packages from the ground.

As Finnegan sat in the passenger seat of a Toyota, it was stopped by gardai before €15,000 in the three separate bundles was recovered in the car while €88,000 was found in the boot.

The court heard how Finnegan has vowed to remain out of trouble “for the rest of his life” following the completion of his sentence.