Alan O’Brien, Darren Redmond, and "YZ" were convicted on November 8 of falsely imprisoning and intentionally causing harm to Kevin Lunney in September 2019. 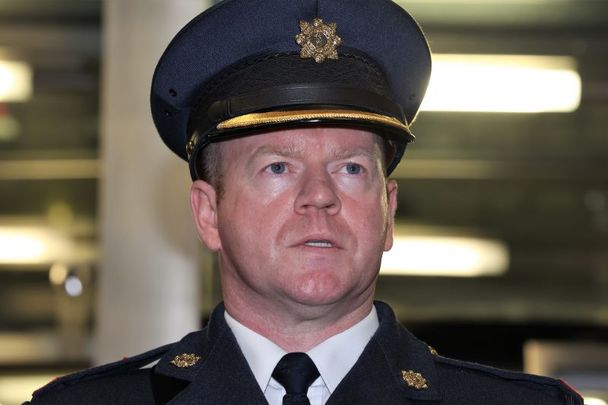 November 8, 2021: Garda Chief Superintendent Alan McGovern speaking outside the Courts in Dublin after three men were convicted in the Kevin Lunney torture case from 2019. RollingNews.ie

There's been a call to expose the mastermind behind Ireland’s most gruesome torture of a prominent businessman in September 2019 along the border in Co Cavan.

Co-directors of Kevin Lunney, who was beaten, tortured, and threatened by a gang believed to have been paid €1 million, continue to receive police protection on both sides of the border, according to the Irish Independent.

Three members of the torture gang were convicted by Dublin’s Special Criminal Court on Monday, November 8. A fourth was found not guilty.

A fifth, Cyril “Dublin Jimmy” McGuinness, who recruited the gang and organized the attack, died from a heart attack during a police raid on his safe house in Britain two months after the abduction of Lunney.

The convicted men are due to be sentenced on November 22.

The target of their attack, Lunney, helps run a company once owned by billionaire Sean Quinn who was named the richest man in Ireland in 2008 with a €4 billion fortune.

Then Quinn went bankrupt and his company was taken over, renamed Mannok, and run by Lunney and four other directors.

After Monday’s convictions of gang members, one of the co-directors, John McCartin, told the Irish Independent that the campaign of violence against the company’s management team “will not stop” until the paymaster behind the conspiracy is unmasked and brought to justice.

McCartin said, “The one question that remains to be answered is the identity of the person who paid them to abduct and torture Kevin.

“The threats and intimidation will not stop until the paymaster is unmasked and brought before the courts because he and his supporters have not gone away.”

McCartin was speaking after Dublin men Alan O’Brien, 40, Darren Redmond, 27, and a 40-year-old man who cannot be named by order of the court, were convicted of falsely imprisoning and intentionally causing harm to Lunney on September 17, 2019.

The court heard that the gang subjected Lunney to a terrifying ordeal in which his leg was broken with a wooden bat, his face slashed with a Stanley knife and his wounds doused in bleach.

The injured businessman was told that the gang would return if he and his co-directors did not immediately resign their directorships.

Following the attack, Lunney was stripped down to his underwear and dumped on an isolated country road.

Garda Commissioner Drew Harris has assured Lunney and his colleagues that the investigation to seek the paymaster will “last as long as it takes.”

The convicted defendants, including YZ, were known to police as gangsters with long criminal records.

Sean Quinn has frequently said he and his family are outraged by the barbaric attack on Lunney.

The Quinns recently successfully used “right to be forgotten” legislation to remove articles from internet search listings that highlighted their lavish lifestyle before becoming bankrupt and also key parts of his bankruptcy.