Newsom said the Kennedy was one of his heroes and added that an image of the former Senator hangs in office at home. 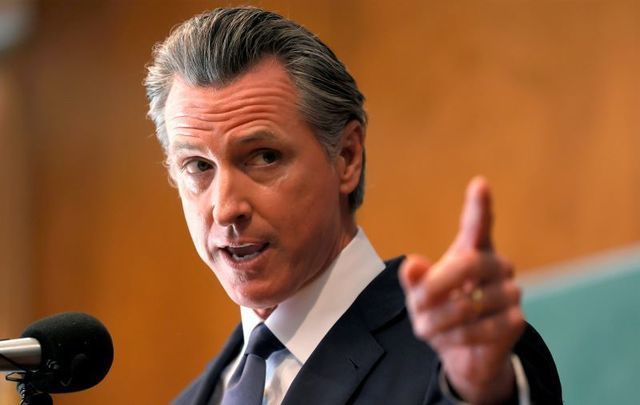 California Governor Gavin Newsom has hinted that he will not release Robert F. Kennedy's killer, Sirhan Sirhan, from prison.

However, Newsom said that he has not made a final decision on the issue yet and said that he did not want to take a public position and put the "entire process at risk".

The California Governor was speaking after a two-man state parole board recently recommended that Sirhan Sirhan be released. The decision will be reviewed by the California Parole Board before it is passed to Newsom, who has 30 days to decide whether to grant it, modify it, or reverse the decision.

Stopping at a California elementary school after defeating a gubernatorial recall, Newsom said that RFK was one of his heroes and said that an image of the former Senator and Attorney General hangs in his office at home.

"I think that gives you a sense of where I might be leaning right now," Newsom said.

However, he evaded further questions on the issue, stating that he had not made a final decision and that he did not want to "prejudice any further this process".

Newsom said that he has received numerous emotional text messages and emails from people on the subject since the state parole board's decision on August 27.

He said that the issue was "very raw emotionally" and added that it stirred up memories that people "may want to suppress, naturally".

However, his sons Robert F. Kennedy Jr. and Douglas Kennedy have supported the decision, stating RFK would have supported Sirhan Sirhan's parole if he was alive today.

"While nobody can speak definitively on behalf of my father, I firmly believe that based on his own consuming commitment to fairness and justice, that he would strongly encourage this board to release Mr. Sirhan because of Sirhan’s impressive record of rehabilitation," Robert F. Kennedy Jr. said in a letter read at Sirhan Sirhan's parole hearing on August 27.

Sirhan Sirhan assassinated Robert F. Kennedy at the Ambassador Hotel in June 1968 while Kennedy was campaigning for the presidency. Now 77, he has spent the previous 52 years in prison after his death sentence was commuted to life in prison in 1972.

Related: California, The Kennedys, US Politics