Could we see a new Belfast hotel based on the interior of the ill-fated ship the Titanic? 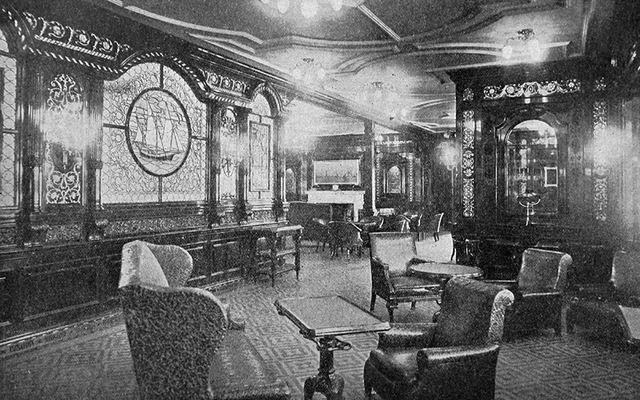 Photo of the Titanic's first class smoking room - Will this be recreated in a new Belfast hotel? Public Domain / WikiCommons

With the tourism industry in Belfast steadily growing, an interest has been shown in transforming a former church on the Shankill Road into a new Titanic-themed hotel, honoring the ill-fated steam liner built in the Belfast dockyards.

The Shankill Road Mission Presbyterian Church in West Belfast is soon to be taken over by Argyle Business Centre, who have already received offers about transforming the building into everything from university accommodation to a 50-bedroom hotel based on the interior of the Titanic.

Drennan McBride from the business center told the Belfast Telegraph that at least five individuals and companies had been in contact about prospective ways the church could be used in the future.

A "feasibility study has been completed along with an economic appraisal and they have come back positive,” McBride said.

"We inherited Argyle about seven years ago and kicked in a lot of business strategies that took us from 40% occupied with 60 people to over 400 employed and 100%. We have gone from the smallest enterprise agency in Belfast to the second biggest.

"We were thinking that with the university coming, the mission could be turned into managed accommodation.

"But that idea progressed through a backpackers' hostel to developing a four-star hotel with a focus on training."

There are currently 20 hotel projects in various stages of construction throughout Belfast including a new 84-bedroom hotel that will take over the former offices of Harland & Wolff in the Titanic Quarter. Harland & Wolff were the shipbuilding company responsible for the Titanic’s construction and a museum on the ship based near the offices (in the area of Belfast now known as the Titanic Quarter) has been highly successful since it opened in 2012.

The Harland & Wolff offices once housed 500 staff when the company was at the height of its industry between 1889 and 1922 but they have lain dormant for decades since.

In a different part of the city, another themed hotel could pay homage to famed Northern Ireland and Manchester united soccer player George Best. The Belfast-born winger is generally regarded as the best player to ever come from Northern Ireland and was one of the first major celebrity soccer players known as much for his party lifestyle off the pitch as he was for his talent.

Lawrence Kenwright's Signature Living, who built a similar Best-themed hotel in Manchester where Best spent the best years of his footballing career, are believed to be looking at several locations in Belfast where they can create a similar hotel.

There are several sites we are looking at in Belfast,” Kenwright told the Belfast Telegraph.

"It's really tough because Belfast as a city is doing very well and it's tough to land a site."