Kyle Mullen, 24, from Manalapan in New Jersey, died in a California hospital following the training phase, the Navy said in a statement on Sunday. 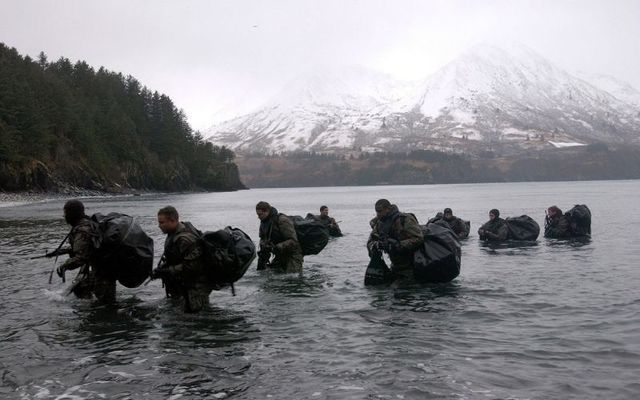 Navy SEALS in training in Alaska in December 2003. Getty Images

Kyle Mullen, 24, from Manalapan in New Jersey, died in a California hospital following the training phase, the Navy said in a statement on Sunday.

The cause of Mullen's death is currently unknown and is under investigation, according to the Navy statement.

A second Navy SEAL candidate was hospitalized in San Diego after completing the training phase.

The candidate remains in a stable condition at the Naval Medical Center in San Diego, the Navy said in a statement.

Neither Mullen nor the unnamed injured sailor were "actively" training when they began to suffer symptoms, according to the Navy.

The Naval Special Warfare Command says that Hell Week is "part of the first phase of the Navy SEAL assessment and selection pathway".

The rigorous training phase is considered the pinnacle of training for prospective Navy SEALS and consists of five days where candidates are left cold, hungry, sleep deprived, and wet.

"We are extending every form of support we can to the Mullen family and Kyle's ... classmates," Howard said in a statement.

Mullen previously played as a defensive lineman at Yale University, where he was selected second-team all-Ivy League.

He became the first SEAL candidate to die during training since 21-year-old Seaman James Derek Lovelace drowned in 2016.