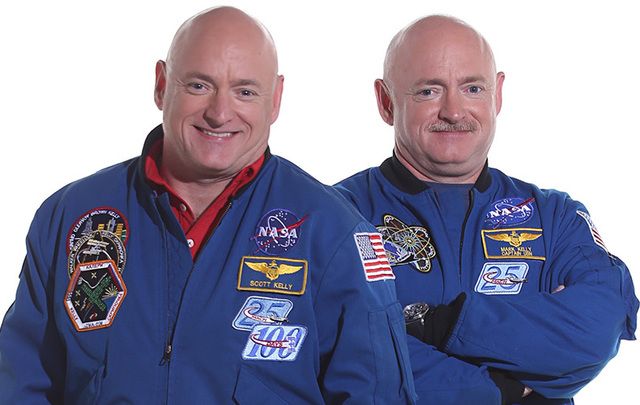 The next big challenge for the space industry will be putting people on our nearest planetary neighbor, Mars. The journey time could take up to 300 days and before people are asked to make the trip, scientists at NASA have looked at the effect of space on the bodies of astronauts who’ve already spent a year in orbit.

Step forward the identical Kelly twins; Mark and Scott’s Irish family hailed from Cork and Kerry and the intrepid pair have both spent over a year in space each. The NASA study will determine what effect space travel has had on their respective bodies through blood tests and the examination of other biological material.

The fact that the Kellys are genetically identical means they’ll have their own “Twins Study” - a first in the industry - and they’ve already got all the material they need. NASA is currently analyzing and the results should be made public within a year or two.

Nature have previously reported that after Scott spent just under 50 weeks in space tests, “reveal[ed] changes in gene expression, DNA methylation and other biological markers.”

Such changes, scientists concluded, were most likely from his near year in space.

Here’s a short video from NASA explaining the Twin Study:

Previous tests have shown the two brothers to have had very similar results but that Scott had slightly longer telomeres - the caps on the end of chromosomes - than his brother Mark. Even though they returned quickly to their normal length, the finding shocked scientists, as telomeres are supposed to shrink over the course of an individual’s lifetime.

“That is exactly the opposite of what we thought,” said Susan Bailey from Colorado State University.

NASA scientist, John Charles, said even if the results were unusual they were thankfully not concerning, “It’s important to appreciate that telomere lengthening is not always a good thing, as telomere lengthening is also associated with some disease processes and pathologies,” he explained before adding, “That is not the case in this instance, however.”

It’s expected that the tests will reveal more mind-boggling results like this once properly examined.

The Kelly twins first decided they wanted to be astronauts when they 8, their father Richard recalled to our sister publication, Irish America.  “Grandma, we’re going up in space someday,” they proclaimed and in 1996 they got their wish when NASA selected them to be two of the elite few to travel to the stars.

And although the pair are most well known for their professional work, they’ve also made headlines when tragedy struck their family in 2011 when Mark’s wife Congresswoman Gabrielle Giffords was shot in failed assassination attempt.

Giffords was holding a town hall meeting when a gunman opened fire, a bullet narrowly missing the crucial midline of her brain. She has since made strong progress with her recovery.

Scott was in space at the time but released a statement when informed about his sister-in-law’s brush with death.

“We have a unique vantage point here aboard the International Space Station,” he said. “As I look out the window I see a very beautiful planet that seems very inviting and peaceful. Unfortunately, it is not. These days we are constantly reminded of the unspeakable acts of violence and damage we can inflict upon one another not just with our actions but also with our irresponsible words. We are better than this. We must do better.”

Even if the tragedy kept Mark from space for a while, it was never going to stop if forever. When asked if it was a difficult decision to leave his wife, then still recovering from the shooting, Kelly said “I know her very well and she would be very comfortable with the decision that I made.”

Nevertheless, his marriage remains the most important thing in his life. The wedding ring he gave her had inscribed on it, “You’re the closest to heaven that I’ve ever been.”