Friends have called missing 87-year-old Irish-born pilot a "brilliant man" and a “genius." 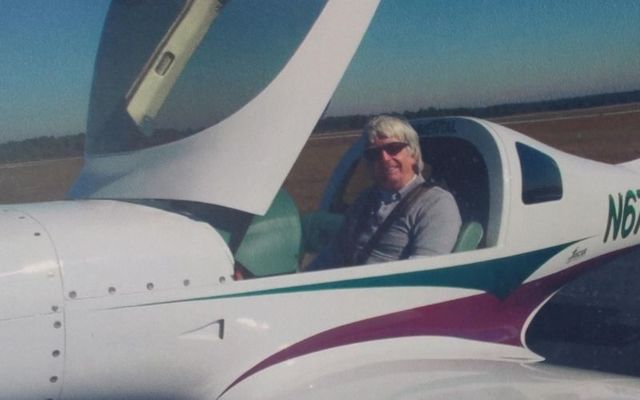 Brendan Spratt built his own plane and went missing 20 minutes before landing in Boca Raton. US Coast Guard Twitter

The mysterious disappearance of an 87-year-old Irishman flying solo off the Florida coast in a plane he built himself,  has baffled authorities who have given up the search for him.

Brendan Spratt was en route to Boca Raton from a local airport near Daytona Beach when his single-engine plane suddenly disappeared. He was just seventeen miles from his destination.

The Coast Guard has now officially given up on finding any wreckage.

“The decision to suspend a case is never an easy one,” Lt. Shawn Antonelli, a command duty officer for U.S. Coast Guard District Seven told the Florida Sun-Sentinel.

“Our greatest sympathies go out to the Spratt family during this time.”

Spratt was known in his later years as an extraordinary marathon runner and won his age group in the  London marathon when he was in his late fifties.

He worked as an electronics engineer manager for Bendix Corporation, the avionics manufacturing company, in Fort Lauderdale before retiring.

By all accounts, Spratt lived an extraordinary life.

His marathon running partner Carol Virga remembered the time the two of them ran in the Boston Marathon and only a week later in the London Marathon.

“He won his age group. I don’t remember his exact time, but it was under three hours and he won the age group of 55 to 59, male,” Virga told the Sun-Sentinel. “He actually beat me with a time in the high-two [hours].”

Mike Downey, another close friend of Spratt’ said he was truly an exceptional runner and storyteller

“He had to slow down for us. He was an exceptional runner, even though he was 10 years older than us,” said Downey.

Downey stated Spratt was from Ireland and learned to fly as a young man,

“Brendan was without exception one of the truly great, great storytellers,” Downey said. “During our long runs, he would hold forth and I would listen.”

When he retired from running he built the Lancair single-engine airplane from scratch, Virga said.

“He was a brilliant man. A genius,” she said. “It’s a pretty scary thing to fly a plane, number one, but then to build your own and trust that you’re going to take it up and it’s going to work.

The Federal Aviation Administration stated they lost contact with Spratt just as he would have been making his approach to Boca Raton. The Coast Guard searched about 15,955 square miles but found no trace

The Sun-Sentinel stated Sprat did not have an active pilot’s license, according to FAA records. His license had not been renewed after the previous one became outdated in February 2015. The plane also had no online tracking device.

Virga says she will miss her former running partner a great deal.

“It’s sad,” said Virga, the co-owner of Runner’s Edge. “But at least you think he was flying in his plane and that’s what he truly loved to do and all of us should be that lucky to go, doing something we enjoy.”