The deep stone-lined well was discovered by accident is believed to be connected to the "Annals of Boyle" from 1228. 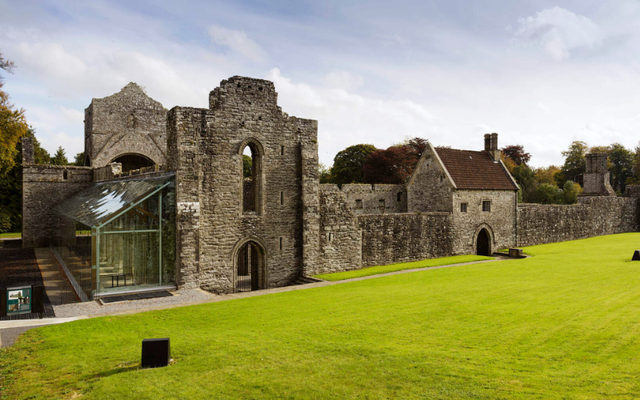 A mysterious deep stone-lined well that is referenced in one of Ireland's most ancient manuscripts has been discovered in County Roscommon.

Workers carrying out an investigation into a pipe at Boyle Family Resource Centre last week in Roscommon have unearthed what appears to be a deep stone-lined well with two tunnel exits at the rear of the building.

According to the Leitrim Observer, it was initially believed the discovery could be connected to a tunnel system that runs from Boyle Abbey to various locations around Boyle town, culminating at Assylinn graveyard.

Local sources say there is a reference to this tunnel and the ‘Assylinn Caves’ in the book the ‘Annals of Boyle’, an ancient manuscript composed by the monks of The Abbey of Boyle that chronicles medieval Ireland up to 1253. It is considered one of the most authentic records of ancient Irish history.

It is said that ‘The Caves’, facing onto what was the swimming area on the Boyle river, was the exit of the tunnel that supposedly runs parallel with the river from the Abbey, along the rear of Main Street.

Following the discovery, BoyleToday.com says that contact was made with the Archaeology Department at the Atlantic Technology University in Sligo who suggest the find “looks like an old well, which once had flowing water at its base that has subsequently been blocked and would have been used before plumbed/piped water was made available to the town”.

The find is now being listed on a Monument Report Form for the Archaeological Survey of Ireland.