Lisa Cash, 18, and Christy and Chelsea Cawley, 8  will be buried together at Bohernabreena Cemetery following their tragic death that occurred in Dublin. 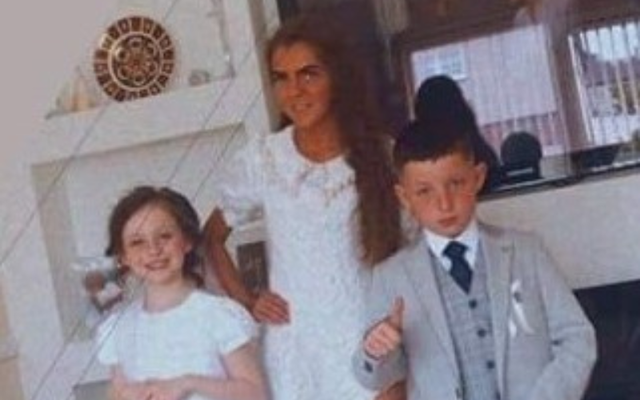 The three siblings who were murdered by their brother will be laid to rest following a funeral mass on Friday.

Lisa Cash, 18, and Christy and Chelsea Cawley, 8  were killed in a "violent incident" in Tallaght, Dublin on Sunday, September 4. On Monday their brother Andy Cash appeared before a special sitting of Dublin District Court and was charged with their murder.

The siblings will repose at the Brian McElroy Funeral Home, The Square, Tallaght tomorrow afternoon.

Their remains will be brought to St Aidan’s Church, Brookfield in Tallaght later that evening.

The funeral mass will take place on Friday at 10 am before the bodies are brought to Bohernabreena Cemetery for burial.

In a message to the public on RIP.ie, the funeral notice reads: "Lisa Cash, Chelsea, and Christy Cawley, 4th September 2022 (Rossfield Avenue, Brookfield), tragically, at home.

"Lisa, Chelsea, and Christy will be forever loved and very sadly missed by their heartbroken family, grandparents Martin McDonagh, Martin and Mag, aunts, uncles, cousins, brother-in-law Michael, nephew Baby David, extended family and all their many friends. Safe in the arms of the Angels".

A family spokesman who is a close relative has told the Irish Mirror that the siblings will be buried together at Bohernabreena cemetery.

They added that the children's mother Margaret McDonagh is struggling to come to terms with the unimaginable loss, "She's in a really bad place. I'd ask people to please pray for Margaret. We need prayers now. The support is there but everyone is in total shock."

A GoFundMe set up to financially support the family has raised over €62,000 so far.

Following the charges for murder, Andy Cash has been remanded into custody and is due to appear before Cloverhill District Court on Friday, September 9, via video link at 10 am.

Gardai said on Sunday, September 4 that at approximately 12:30 am that day, they were informed of a "violent incident" at a domestic residence in the Rossfield Estate, Tallaght, Dublin 24.

The three siblings were removed from the scene by ambulance to Children’s Health Ireland (CHI) at Crumlin, where all three were later pronounced deceased.

A male teenager was also removed from the scene to Tallaght Hospital with serious but non-life threatening injuries.

Following an intervention by Garda Armed Support Unit members, involving the discharge of less-than-lethal devices, a male in his early 20s was arrested at the scene.

A female, the mother of the children, who was not injured at the scene, was also removed to CHI Crumlin to receive medical treatment. She has since been released and is being cared for by family members.

Speaking to The Irish Times, one neighbor said, “I came out and there was just guards everywhere screaming: ‘Get down, get down, get down.’ They were shouting about the windows in the house: ‘Top right, top left.’ Then all I heard was ‘The baby. The baby.’"

On Monday, a vigil was held for the three siblings and a large crowd gathered outside the house to mourn the loss. Balloons were released and candles were lit in memory of the trio, as songs were played to the crowd.