Reports that the 8-year-old murdered twins were thrown out of an upstairs window before the suspect was detained by police using non-lethal weapons. 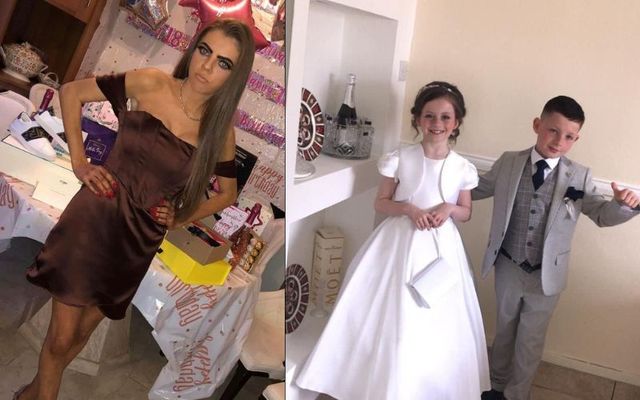 The three siblings who were violently killed in their Dublin home on Sunday have been named as 18-year-old Lisa Cash and her 8-year-old twin siblings Chelsea and Christy Cawley.

A suspect in his 20s who was known to the victims was arrested at the scene by members of the Garda Armed Support Unit using non-lethal weapons.

The victim's 14-year-old brother was also hospitalized after suffering serious but non-life-threatening injuries during the incident.

Their mother, who is in her 40s, did not sustain any injuries during the incident but received medical treatment on Sunday. She has since been discharged from hospital and is being supported by family members.

Gardaí believe that all four siblings were stabbed with a long-bladed object by a man known to them in their home in the Rossfield estate in Tallaght, South Dublin.

The Irish Mirror reports that the suspect threw the two twins out of an upstairs window after stabbing them during a heated confrontation with gardaí.

Gardaí were alerted to a "violent incident" in the Rossmore estate at around 12:30 a.m. on Sunday.

Gardaí are continuing to investigate the circumstances of the incident and conducted door-to-door inquiries in the Rossfield estate on Sunday afternoon.

Minister for Justice Helen McEntee described the incident as a "tragedy so awful and heartbreaking it is difficult to comprehend".

"My thoughts are with the family and the local community as they deal with this unimaginable crime," McEntee wrote on Twitter. "Gardaí and other services are supporting them at this difficult time."

St. Aidan's Senior National School, which Christy and Chelsea attended, said in a statement that the community was deeply saddened by the incident.

"Our thoughts and prayers are with the families and friends of the deceased," said school principal Tomás Hayes.

"As a school, our priority will be to take every step to ensure that the needs of our students and their families are met, at this challenging time."

Neighbors and friends have been leaving flowers and notes outside the house in memory of Christy, Chelsea, and Lisa.