Molly Martens Corbett and her father Thomas Martens were found guilty last August of the murder of Limerickman Jason Corbett. 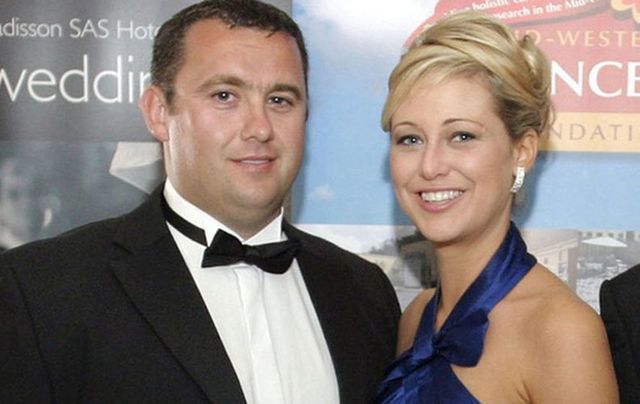 Molly Martens Corbett and her father Thomas Martens were found guilty last August of the murder of Limerickman Jason Corbett.

Keith Maginn, a former fiancé of Molly Martens, has spoken publicly about the woman found guilty of the murder of Jason Corbett.

A former fiancé of American woman Molly Martens Corbett, who was found guilty of the murder of Irishman Jason Corbett earlier this year, has now revealed details of their relationship.

In an exclusive personal essay provided to the Irish Independent, Keith Maginn writes about being engaged to Martens Corbett before she moved to Ireland and how she had bipolar depression. According to Maginn, she moved to Ireland while they were still together, telling him that she was going to spend a few weeks there working as an au pair for a widower and his two children. Maginn never heard from her again.

In the essay, Martens Corbett's former partner reveals she how had spent time in a psych ward in Atlanta before she moved to Ireland. A member of Jason Corbett's family reached out to Maginn and he told them that she was “indeed bipolar, prone to lying and was taking an astonishing amount of potent medications.”

Molly Martens’ ex-fiancé on their relationship and her attempts to make Jason Corbett ‘look like a bad guy’https://t.co/OfIVaQZHWs pic.twitter.com/q9IqrEytKt

He described how Martens Corbett was unable to hold onto a job, sometimes spent hours, even days at a time, crying in her bed or in the bath. Maginn states that in the aftermath of Jason's death he did not feel that Martens Corbett was up to the job of being the sole guardian to Jason Corbett’s two children, Jack and Sarah. Maginn also claims that her parents were fully aware of her difficulties and did little to help their daughter.

While Thomas Martens testified during the trial, 33-year-old Molly did not despite giving an interview to ABC before the trial in which she claimed she was the victim of domestic violence.

Maginn has now revealed how he was contacted by police in North Carolina following Corbett’s murder. The police were hoping he could shed some light on Jason and Molly’s life together. He writes that he answered the detectives' questioned by phone but was told that his testimony regarding his experience with Martens may not be needed as the case built against her and her father was already strong.

Despite having previously penned a memoir in which Martens Corbett, named as “Mary” to protect her privacy, was discussed, Maginn had made attempts to avoid the media spotlight as he did not wish to publicly revisit “such a dark time in my life.”

“I count my blessings that I survived, as I easily could have been a victim,” Maginn writes.

“I continue to pray for those whose lives were forever altered by this incident, especially the parents, siblings and children of Jason Corbett. May they find the strength to go on with their lives, leading as close to a ‘normal’ existence as possible given all they have endured.”

An essay I wrote about the murder... https://t.co/F2TBueuJUK

In previous interviews with the Irish Independent, Maginn has revealed that he believed Martens Corbett was simply using him to get pregnant as she believed this would make her happy. He remains "shocked" that Molly and her father maintain their innocence and has contended with claims that he is simply trying to sell his books by arguing that he is telling a story Jason could not have an opportunity to tell.

Maginn met Marten through a dating website and their relationship developed quickly – they moved into an apartment owned by Martens' parents after just six weeks.

“Early on she told me she was bipolar. I hadn’t experienced it firsthand so I didn’t think much of it because she was so fun and happy. But that was only because she was balanced by her medications at that point. And when it wasn’t balanced, she was a completely different person,” Maginn told the Irish Independent.

“If we were having a conversation and it started to get heated, I would say I’m going to go for a walk and clear my head, but she wouldn’t let me leave. Other than some yelling and door slamming, there was no violence or anything like that."

Martens Corbett had a miscarriage during their time together. Maginn claims that she purposefully got pregnant despite his protestations that he was the only one working and that they were both having difficulties, physically and mentally.

“She never mentioned Ireland once until literally before she decided to go," he claims.

"She told me she was going to look for a job nannying in Europe. I thought something was amiss but never in my right mind did I think she was never going to return or speak to me again."

During the summer the Martens were found guilty of murdering Jason Corbett on the night of August 2, 2015, in his North Carolina home. Corbett was found unconscious in his home in an exclusive estate on the outskirts of Lexington by police investigating an emergency call about a domestic disturbance in the early hours of the morning. Corbett had been struck more than 12 times with a baseball bat and a paving stone

Thomas Martens claims that the actions were taken in self-defense when he came across Corbett strangling Molly, who was  the Limerick man’s second wife.

Doubt was cast on that claim, however, by investigators who believed that Corbett had plans to return to Ireland with his two children, leaving Molly Martens Corbett behind in America. Martens Corbett is believed to have looked into the possibility of adopting the children and divorcing her husband in the months before his death.

Jason Corbett met Molly Martens in 2008 when she traveled to Ireland to work as an au pair for his two young children from a previous marriage. Corbett’s first wife died in 2006 following a severe asthma attack.

A relationship developed between Corbett and Martens and they married, moving to the US in 2011.

Immediately after Corbett’s death, a bitter custody battle raged between Martens Corbett and Corbett’s sister Tracey Lynch over the upbringing of Jack and Sarah.

Molly and Thomas Martens are in the process of appealing their conviction. A funding-rasing campaign to appeal their sentence has currently raised over $21,000 of the $300,000they need. The appeal was started by Molly Martens’ aunt Mona Earnest.