Ireland could be in line for 1.6 million doses of the vaccine if the EU agrees a deal with Moderna. 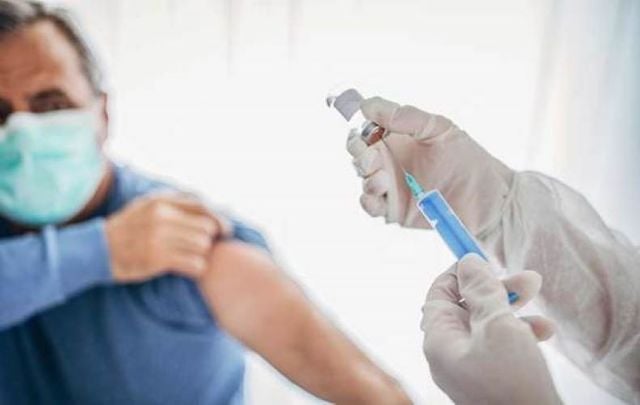 US biotech firm Moderna has announced that its COVID-19 vaccine has proved 94.5% effective against the coronavirus based on interim data from a late-stage clinical trial.

The trial involved over 30,000 participants, with only 95 people contracting COVID-19 based on preliminary analysis, although the clinical trials are still ongoing.

Meanwhile, only 11 cases were severe and all 11 participants were given a placebo instead of the vaccine.

"We are going to have a vaccine that can stop Covid-19," Moderna President Stephen Hoge said after the results were announced on Monday.

Moderna is now the second American company in the space of a week to announce overwhelmingly positive vaccine trial results after Pfizer and German company BioNTech announced last Monday that their vaccine had proved over 90% effective in preventing COVID-19.

The Moderna vaccine, which is built using new technology known as messenger RNA or mRNA, is administered in two shots 28 days apart.

Unlike the Pfizer vaccine, Moderna's vaccine does not need to be stored in ultra-cold settings, making it easier to distribute.

Pfizer's vaccine, on the other hand, must be shipped and stored at -70C, making it far more difficult to distribute.

A small percentage of participants did exhibit mild to moderate side effects after the second dose of the vaccine was administered, Moderna confirmed, with around 10% suffering from fatigue and a further 9% suffering from body aches. Most complaints were short-lived.

Both Pfizer and Moderna are set to seek emergency federal approval from the US Food and Drug Administration and could both be authorized to distribute their vaccines by the end of the year.

Dr. Anthony Fauci, the director of the National Institute of Allergy and Infectious Diseases, called the Moderna results "impressive".

"Now we have two vaccines that are really quite impressive," Fauci said. "This is a really strong step forward to where we want to be."

Fauci said that he believes that there will be doses of both Pfizer and Moderna's vaccine for individuals in the higher-risk category by the end of the year.

The two companies are reportedly ready to distribute a combined 60 million doses of COVID-19 vaccines throughout the United States before 2021.

Moderna has received around $1 billion in funding for its vaccine trials and has signed a $1.5 billion deal with the United States Government for 100 million doses of the vaccine. The US Government has the option to buy an additional 400 million doses.

If the EU Commission signs a contract with Moderna, the 160 million doses would be distributed evenly among its member states based on population.

Ireland, with around 1.1% of the EU's population, would therefore be in line to receive just over 1.6 million doses of the vaccine.