Mistletoe may contain a cure for some cancers, says expert

Trinity College biochemist believes the plant we associated with stealing kisses at Christmas kills tumor, with its “anti-cancer chemical”. 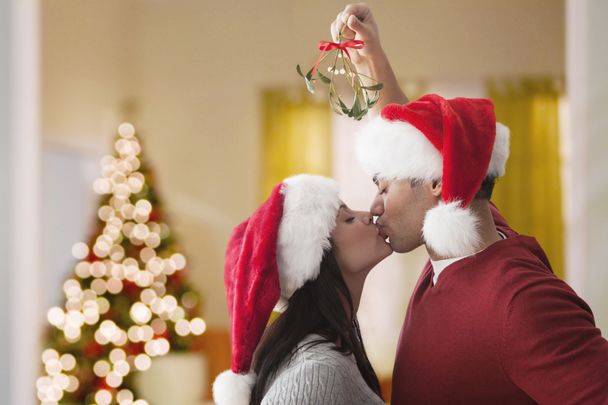 Who knew! Mistletoe, which we traditionally kiss under at Christmas, has cancer-curing properties. Getty

Trinity College biochemist believes the plant we associated with stealing kisses at Christmas kills tumor, with its “anti-cancer chemical”.

But stealing a kiss under the mistletoe may not be the only benefit of this ancient plant - as scientists believe it could offer an effective treatment for some types of cancer.

Read more: Why I’m no longer staying quiet about my battle with prostate cancer

"There are tiny amounts of the chemical that might kill tumors and there's a trial happening in Germany as we speak, so mistletoe's a very interesting plant."

Mistletoe's association with romance stretches back to Norse mythology, while Celtic druids considered the mystical plant to be a treatment for many illnesses.

The more recent Christmas tradition of kissing under the mistletoe can be traced back to the late 18th century.

But despite the much-loved festive custom, mistletoe - of which most species have waxy, white berries - is actually a tree-killing parasite plant.

There are approximately 1,300 species of the plant, some of which have red, pink or transparent berries - and all of which are poisonous.

According to one French tradition, the reason that mistletoe is poisonous is because the plant was growing on a tree that was used to make the cross on which Jesus was crucified.

Read more: The Right to Die is the next big Irish issue