Dr. Mike Ryan says that herd immunity is not an effective solution in the fight against coronavirus in the absence of a vaccine. 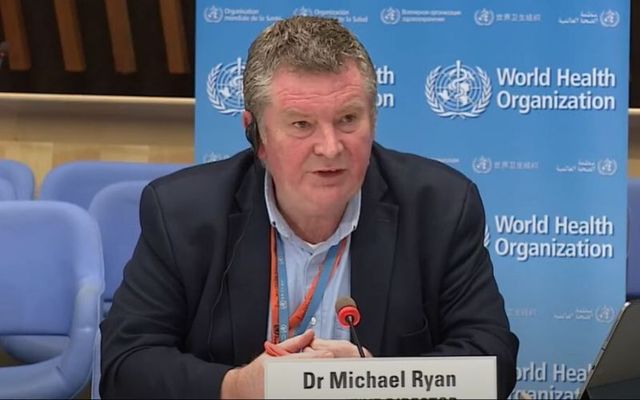 Dr. Mike Ryan, pictured here at a WHO press briefing in May 2020. WHO, YouTube

Dr. Mike Ryan, a native of Ireland and the Executive Director of the World Health Organization's (WHO) Health Emergencies Programme, addressed the idea of herd immunity in the fight against coronavirus.

During a WHO press briefing that was streamed on Tuesday, August 18, one participant asked a question regarding herd immunity: “Reports out earlier this week that suggested that the so-called herd immunity against COVID-19 could become effective with just around 50 percent of people immune as opposed to 70 or 80 percent as thought previously.

“Do you have a better idea of whether contracting the disease could provide the wanted immunity or if it would mean that 50 percent of the world’s population would need to receive a vaccine to reach that?”

Dr. Ryan added: “I think what we can say with certainty is right now, as a planet, as a global population, we are nowhere close to the levels of immunity required to stop this disease transmitting.

“We need to focus on what we can actually do now to suppress transmission and not live in hope of herd immunity being our salvation. Right now, that is not a solution.”

You can watch the entire WHO press briefing from August 18 here. You can see Dr. Ryan's response to the question about herd immunity beginning at 21:00:

Dr. Ryan's comments on Monday fall in line with comments he made about herd immunity during an earlier WHO press briefing on May 11: “Again just reiterating that herd immunity - again a term taken sometimes from veterinary epidemiology where people are concerned in animal husbandry with the overall health of the herd and an individual animal in that sense doesn't matter from the perspective of the brutal economics of those decisions.

“Humans are not herds and as such the concept of herd immunity is generally reserved for calculating how many people would need to be vaccinated in a population in order to generate that same effect.

“So I think we need to be really careful when we use terms in this way around natural infections in humans because it can lead to a very brutal arithmetic which does not put people and live and suffering at the centre of that equation.”

“What also does concern me in this narrative is that there was an assumption that this disease spread around the world, that we're really just seeing the severe cases and the difficult cases and when the seroepidemiology comes it will demonstrate that most of the people have been affected and this will all be over, we'll go back to normal business.

“Well, the preliminary results from the seroepidemiologic studies are showing the opposite. It’s showing that the proportion of people with significant clinical illness is actually a higher proportion of all those who have been infected because the number of people infected in the total population is probably much lower than we expected.

“That means we've a long way to go and it means, as the Director-General has been saying for months, this is a serious disease, this is public enemy number one. We have been saying it over and over and over again and we really do need to now step back and recalculate this as a mild illness and effectively make the same mistakes we made the first time around in terms of not taking this seriously and not putting in place the necessary measures.”

“Again, when we look at the epidemic around the world and we see that in some countries over half of the cases have occurred in long-term care facilities or are workers in those facilities we need to look at these hot-spots, at these really terrible situations in which we either haven't properly shielded people or protected them.

“So I do think this idea that maybe countries who had lax measures and haven't done anything will all of a sudden magically reach some herd immunity and so what if we lose a few old people along the way; this is a really dangerous calculation and not one I believe most member states are willing to make, that arithmetic.”