The vice-president is reportedly preparing to run for the White House in the next election as more Republicans doubt Donald Trump can win a second term. 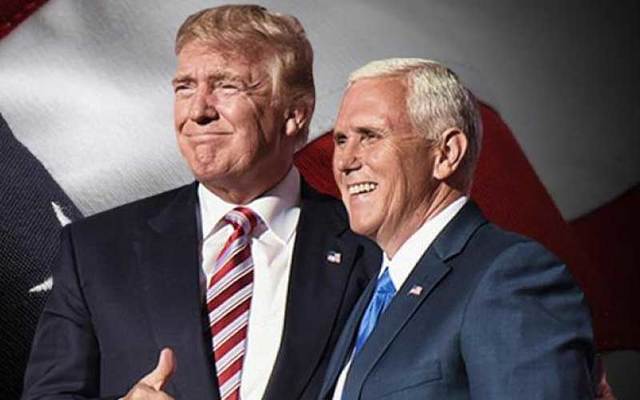 Irish American Vice President Mike Pence is gearing up to run for the White House in 2020 as more Republicans doubt Donald Trump can win re-election.

The New York Times are reporting that “Some in the party’s establishment wing are remarkably open about their wish that Mr. Pence would be the Republican standard-bearer in 2020, Representative Charlie Dent of Pennsylvania said.

“For some, it is for ideological reasons, and for others it is for stylistic reasons,” Mr. Dent said, complaining of the “exhausting” amount of “instability, chaos and dysfunction” surrounding Mr. Trump.

“They see weakness in this president” Senator John McCain stated.

The Times interviewed 75 senior republicans at all levels of the party and wrote they “found elected officials, donors and strategists expressed widespread uncertainty about whether Mr. Trump would be on the ballot in 2020.”

Three other potential rival to Trump have surfaced, Senator Tom Cotton of Arkansas and Senator Ben Sasse of Nebraska who have already begun visits to Iowa and New Hampshire.

Ohio governor John Kasich has also made it clear that he is interested.

The 2018 midterm elections are considered the key turning point. If Trump approval numbers stay at a record low and if the Republicans lost control of either the senate or House Trump would certainly face challengers.

“If the Republicans have lost a lot of seats in the Congress and they blame Trump for it, then there are going to be people who emerge who are political opportunists,” a key fundraiser Jay Bergman said.

White House spokeswoman, Lindsay Walters warned contenders they would be foolish to run. “The president is as strong as he’s ever been in Iowa, and every potentially ambitious Republican knows that.”

But it is Pence, who remains publicly supportive of the president, who is making significant moves.

The Times reports that “Mike Pence’s schedule is so full of political events that Republicans joke that he is acting more like a second-term vice president hoping to clear the field than a No. 2 sworn in a little over six months ago.”

Pence has created his own political fundraising committee,the Great America Committee, and has been raising more money than Trump’s own re-election committees. It is unheard of in a first term to be so blatantly pursuing the presidency as VP.

The Times reports that a key Pence aide Nick Obst has told top figures in the party that they wanted to be geared up to run and he has appealed to them for help. Obst denied that he has been building support.

Pence has made a point of courting key Iowans and has made several stops there and has used the VP’s residence to charm social conservatives like Tony Perkins of the Family Research Council and top aides to the billionaire donors Charles G. and David H. Koch.

Other Republicans take the hint.

“They see him moving around, having big donors at the house for dinner,” said Charles R. Black Jr., a veteran of Republican presidential politics. “And they’ve got to try to keep up.”