Microsoft Round Island One is "resident" in Bermuda for tax purposes and posted a profit equal to three-quarters of Ireland's entire gross domestic profit (GDP) in 2020. 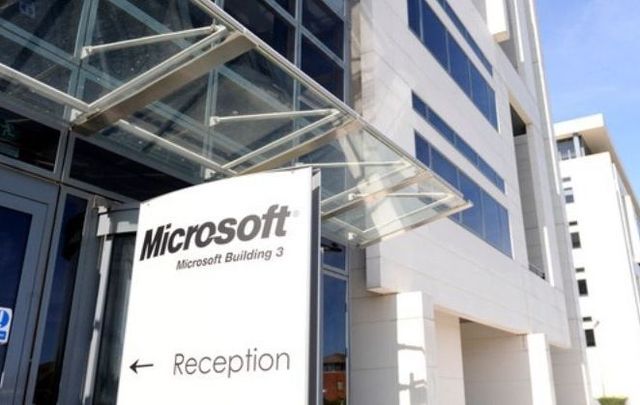 An Irish subsidiary of Microsoft paid no corporation taxes last year despite posting profits of $315 billion.

Microsoft Round Island One is "resident" in Bermuda for tax purposes and posted a profit equal to three-quarters of Ireland's entire gross domestic profit (GDP) in 2020.

The company, which has no employees, collects license fees for the use of copyrighted Microsoft software around the world.

Microsoft Round Island One recorded an annual profit of $314.7 billion (€260 million) in the year ending June 2020, according to documents filed at the Irish Companies Registration Office.

The company's profits, which jumped from just under $10 billion in the previous year, are comparable with Ireland's GDP of $433 billion (€357 billion).

Microsoft Round Island One is based in Dublin and states in its accounts that it has "no employees other than the directors". It also states that it is a "tax resident in Bermuda" and that "no tax is chargeable on income".

The company paid a $24.5 billion dividend to the Microsoft Corporation during the financial year ending June 2020 and paid a further special dividend of $30.5 billion.

The news comes ahead as world leaders attempt to tackle multinational tax avoidance ahead of the G7 summit in Cornwall later this month.

The United States has proposed a minimum 15% corporate tax on multinational company profits in all jurisdictions, which is expected to be endorsed in principle by the finance ministers of the world's seven largest economies.

However, Cyprus, which has a 12.5% corporation tax like Ireland, threatened to veto the EU's adoption of Biden's proposal.

Meanwhile, Microsoft faced criticism on both sides of the Irish Sea for "unashamedly and blatantly refusing to pay tax".

Paul Monaghan, chief executive of the tax transparency campaign group the Fair Tax Foundation, said that the "tax aggression" displayed by Microsoft was "beyond belief".

"We have here a holding company that has posted $314.7bn in profits, which is a number not far short of Ireland’s entire national gross domestic product. Despite shareholder dividends of $55bn (€45.36bn) being paid out, not one cent in tax has been paid," Monaghan told the Guardian.

"This race to the bottom on tax competitiveness is truly distasteful, not least at a time when countries across the globe are trying to rebuild their public services post-Covid."

"A system that allows arrangements like this to exist is unethical, immoral and unjustifiable, and needs to change radically," Nash told the Guardian.

The US Senate has previously investigated Microsoft and Ireland over the use of Microsoft Round Island One and other Irish subsidiaries to reduce taxes that may have been due in the US.

Carl Levin, who chaired the permanent subcommittee on investigations, said that multinational tech companies such as Microsoft frequently use offshore entities to transfer intellectual property. The committee also said that Microsoft had created an "interrelated web of foreign entities" throughout the 1990s in order to reduce tax.

Microsoft is one of the tech giants that makes up the "Silicon Six" along with Apple, Facebook, Amazon, Netflix, and Google owner Alphabet. The six companies have been accused of underpaying tax by $96 billion over the past ten years.

The Guardian reports that the six companies paid $219 billion worth of income tax on their combined profits of $6 trillion - just 3.6% of their total profits - leading researchers to claim that they are deliberately shifting incomes to low-tax jurisdictions to reduce tax costs.

Last year, Facebook faced an IRS trial over allegations that it funneled profits to Ireland to avoid paying taxes in the United States.