Drunk driver who killed father of newborn should have been in jail, admits District Attorney

Mickey A. Rivera had been arrested in June for drunk driving and was facing a charge for a 2015 murder when he slammed into the car of Marine veteran Kevin P. Quinn, who was returning home from visiting his newborn daughter. 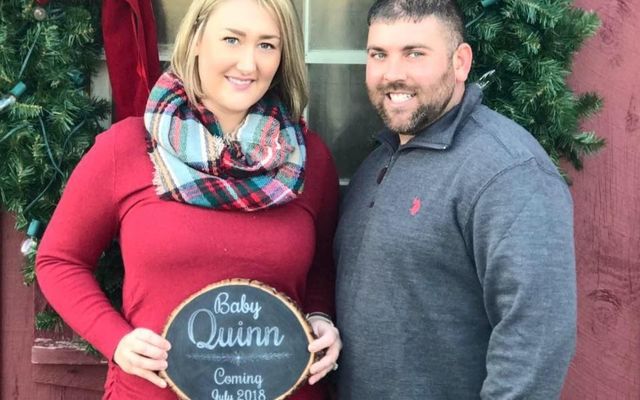 Kevin Quinn and his wife Kara announcing their pregnancy. GoFundMe

Veteran Kevin Quinn was killed in a crash with a young man whom a local District Attorney believes should have been behind bars for drink driving.

Mickey A. Rivera, the 22-year-old driver of the car that smashed in the SUV of veteran and father to a newborn daughter Kevin P. Quinn on Saturday night, should have been in jail for drink driving, claims a local District Attorney.

Quinn was killed late on Saturday as he returned home from visiting his wife Kara and their two-day-old daughter Logan in the hospital. He had been due to take them both home on Sunday.

Read more: Massachusetts officer shot with his own gun after rock attack

In a rare public admission, Cape and Islands District Attorney Michael O’Keefe said an assistant district attorney improperly handled a case in which Mickey Rivera was released without bail after being accused of driving drunk. https://t.co/IEc09iucAU pic.twitter.com/Y5tmEm1VMf

The Marine veteran, who had served two deployments in Afghanistan, was hit head-on in a fatal collision on his way home, however, by Rivera, a 22-year-old man who had just a month previous been released with a  drunk driving charge and who was facing charges for a 2015 murder.

Rivera was fleeing a police pursuit when he hit Quinn, tearing his own car in two and propelling himself and his passenger, 24-year-old Jocelyn Goyette, from the vehicle. Police said that Goyette was in a critical condition in hospital on Sunday night.

Just a month before the tragic crash, Rivera had been released without bail on a charge of drink driving, despite still facing charges of murder from 2015.

In a rare public admission, the District Attorney for Cape and Islands, Michael O’Keefe, has said that his release was a mistake and should not have happened.

“The district court prosecutor simply asked for a bail warning and asked that he be released on his personal recognizance,” O’Keefe said.

“Should he have done that? The answer is no.”

Read more: Son forgives the woman who killed his father

This is Mickey Rivera. The driver police say crossed the center line, hit & killed a marine who had just become a new father. “I am truly sorry & wish from our families my brother could change his poor choice of actions,” a family member tells me. @NBC10Boston @NECN pic.twitter.com/obJwmfnecT

He added that the assistant prosecutor on the charge had been on the job for only one month and so did not have the details of the previous arrest and arraignment in Cape River.

Already being under indictment for his alleged role in a 2015 murder, Rivera was due to appear in court on Tuesday for the latest hearing in the shooting of Anthony Carvalho.