Michelle Obama’s original Irish ancestor has been traced and named as Andrew Shields. 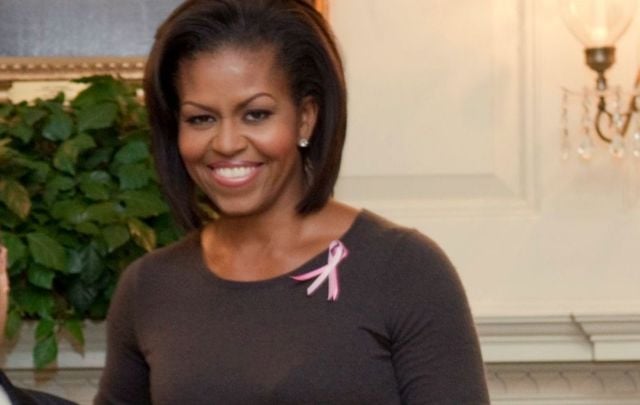 Michelle Obama’s original Irish ancestor has been traced and named as Andrew Shields, an Irish immigrant who fought in the American Revolution as a Georgia resident.

Editor's Note: A previous version of this story included a quote from a descendant of Andrew Shields which claimed they felt the Shields-Melvinia relationship was a "love story," despite Mevinia being a 15-year-old slave of the Sheilds family and unable to give consent.

“To me, it’s an obvious love story that was hard for the South to accept back then,” said Aliene Shields, a descendant who now lives in South Carolina, pointing to the fact that they had several children together.

The article has been updated to reflect this.

Michelle Obama’s great-great-great-grandmother Melvinia was a slave who had children by Charles Shields, grandson of Andrew Shields, the Times reveals.

One of those children, Dolphus Shields, born in 1859, was Michelle Obama’s direct ancestor.

It is not known in Ireland where the Shields came from but it was likely Northern Ireland as the family was Protestant and there was considerable Scots Irish emigration to the American south at the time.

This article in The Times is adapted from “American Tapestry: The Story of the Black, White and Multiracial Ancestors of Michelle Obama” by Rachel L. Swarns, a book released in Summer 2012. Swarns used DNA technology to prove the links.

The book traces dozens of white relatives of Michelle Obama, none of whom knew of their connection through slavery to the First Lady.

Most were shocked to learn the connection and they claimed in the book that they hoped that the Shields-Melvinia relationship was not one of rape and coercion but love, despite the obvious fact that the teenager was owned by the family and was confined to working in the fields by them.

"You really don’t like to face this kind of thing,” said Mrs. Joan Tribble, whose ancestors owned Obama’s great-great-great-grandmother.

Melvinia was just 15 when she gave birth to Dolphus in 1859. She was an illiterate woman who was confined to work in the fields by the Shields family.

The Times first reported the Irish link to Michelle in 2009.

Smolenyak traced Michelle's heritage back to the young slave girl Melvinia Shields, who was once traded for $475.

Melvinia became the property of Henry Shields in 1852.

Michelle's Irish roots were one of the major findings in Smolenyak's research. Smolenyak spent nine months researching the former First Lady's family tree in conjunction with The New York Times.

Smolenyak began the project just before Obama was named President and she said she hoped that her discovery will please the former First Lady.

In 2007, Smolenyak found out where in Ireland Obama’s family came from after tracing Obama’s third great-grandfather on his mother’s side, Fulmoth Kearney, who journeyed from Moneygall in County Offaly to the U.S.