Representation for three of the men involved in the video filmed at an Orange hall mocking the murder of Michaela McAreavey have decried the situation as a "public witch hunt." 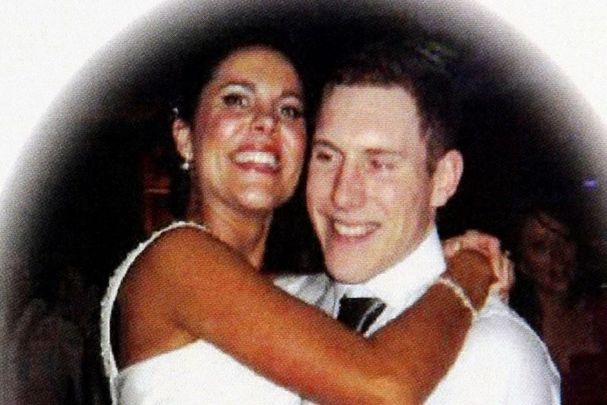 Michaela and John McAreavey, on their wedding day. RollingNews.ie

The "vile" video mocking the murder of Co Tyrone woman Michaela McAreavey is officially being investigated by police, while those involved have hit out at the "public witch hunt."

“Our investigation into this incident is ongoing,” the Police Service of Northern Ireland (PSNI) has confirmed.

“On 5th June, we interviewed one male who attended voluntarily for interview. A file will be prepared for review by PPS (Public Prosecution Service) in due course.”

The PSNI had earlier confirmed on Friday that they would be examining the content of the video that showed people at an Orange hall, understood to be in Dundonald, Co Down, singing a song mocking the 2011 murder of Co Tyrone woman Michaela McAreavey.

Elsewhere on Friday, two of the men involved with the video, Andrew McDade and John Bell, issued a formal apology via JWB Consultancy.

On Monday, another man, Richie Beattie, is included as a client in a new statement from JWB Consultancy.

“We can confirm a PSNI investigation has commenced under the Communications Act," the new statement issued on Monday said. "It is however unclear how the elements of such an offence would be made out.

“We will not be confirming or denying who, if anyone, has been or will be interviewed. No inference should be drawn from this. It is obvious to point out that to begin confirming or denying the position in relation to various persons would simply lead to jigsaw identification by a process of elimination.

“As per the Supreme Court in Bloomberg v ZXC, a person subject to a criminal investigation is entitled to privacy up until the point of charge. The media therefore should not speculate as to the identity of anyone interviewed.

“All those represented by JWB Consultancy reiterate their complete shame and regret for their involvement in the incident whereby some persons present at the private event were singing a vile and abhorrent chant about the deceased Michaela McAreavey that was broadcast, without any intent to publish this disgusting chant, in a Facebook live video which was being incidentally streamed at the time.

“In any event, regardless of whether broadcast or not, the relevant behaviour is not acceptable in any section of our society, either in public or private.

“Given this matter is now subject to a police investigation, it will not be possible to offer any further specific comment lest it prejudice those enquiries.

“In equal terms, all those subject to investigation are entitled to due process and the presumption of criminal innocence. Similarly, anyone facing employment sanction is entitled to the statutory protections enshrined in employment law.

“This is becoming a public witch hunt, inclusive of repeated death threats and there is a growing social media mob who appear to have lost all grip on reality.

“It is time to now draw a line under this vile incident and allow any investigations to take their course.”

On Thursday, June 2, a Facebook live video featuring a group of people singing a song mocking the 2011 murder of Co Tyrone woman Michaela McAreavey began to spread widely on social media despite having been on Facebook for a number of days.

The video was originally posted by McDade. While McDade appears to have since deleted his Facebook account, his video was saved and has been shared on various social media platforms.

In January 2011, 27-year-old Michaela (née Harte) McAreavey was murdered in her hotel room in Mauritius where she was on her honeymoon with her new husband John McAreavey. Two hotel workers accused of her murder were tried and declared not guilty and acquitted in July 2012.

On Sunday, attendees at the Tyrone v Armagh GAA football match in Co Armagh offered a minute's applause as a mark of respect for McAreavey before throw-in, and later during the 27th minute of the match:

On the 27th minute, Armagh and Tyrone fans unite to give a round of applause in memory of Micheala McAreavey ❤ pic.twitter.com/E8C7YiRRoL