Father Michael O'Leary, who was arrested for drug possession in NYC on St. Patrick's Day, is facing a separate legal battle amongst his siblings in his native Ireland. 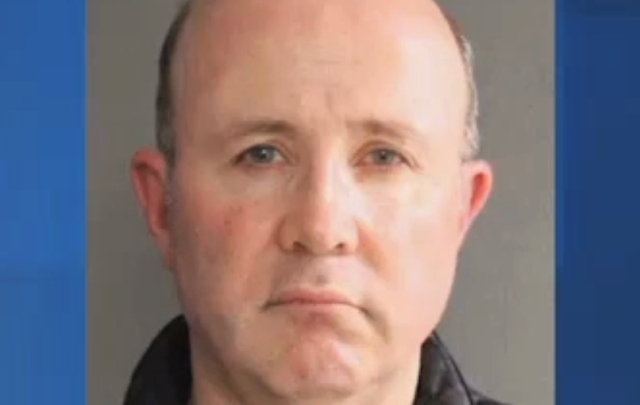 As Father Michael O'Leary's siblings look to settle the dispute over their late mother's will in Ireland, the priest is facing separate drug charges in New York.

Father Michael O’Leary, an Irish priest who was arrested for drug possession on St. Patrick’s Day in New York, is embroiled in further legal troubles with his family back home in his native Ireland.

Read More: Abolish the priesthood to save the Catholic Church urges leading critic

The Irish Times reports that Father O’Leary’s four siblings, Nora Harpur, Barry O’Leary, Tadgh O’Leary, and Marie O’Leary, have brought proceedings to the Irish High Court against the priest and their other brother John O’Leary.

The proceedings are related to the settlement of the siblings’ late mother Elizabeth O’Leary, who passed away in September 2014. The plaintiffs believe their mother was not of sound mind when her will was executed and that she was subject to undue influence from Father Micahel and John.

The will in question dictates that the family home be left to Father Michael and John, and that the residuals of the estate be left to the four plaintiffs.

The presiding Justice Leonie Reynolds was asked to adjourn the case by Father O’Leary’s lawyers, who said it was not possible for their client to attend court due a “somewhat sensitive” matter - the priest is currently taking part in a 90-day drug rehabilitation program in New York, making communication between him and his lawyers difficult.

Despite being “displeased,” Judge Reynolds adjourned the case until next week to allow Father O’Leary’s lawyers to obtain more information about their client’s availability to give evidence.

The court case regarding the O’Leary will was reportedly set to begin last January, but was rescheduled to this month.

Read More: US bishop orders NO support from Catholics for LGBTQ events

In the early hours of March 17, St. Patrick’s Day, Father O’Leary and another man were arrested in Peekskill, New York after they were found by police to have half an ounce of methamphetamine, two scales and other materials used for packaging narcotics in their vehicle.

At the time of the arrest, Father O’Leary gave his address as Our Lady of Consolation, a home for retired priests in the Riverdale section of the Bronx.

Catholic New York further reported that Father O’Leary had not been on assignment since November 2018 after the archdiocesan Review Board deemed him not suitable for ministry.

Following Father O’Leary’s arrest in March, Cardinal Timothy Dolan of the Archdiocese of New York, where Father O’Leary was based, issued a decree which said in part: “Father O’Leary’s persistent disobedience, his manifest lack of suitability for ministry and his arrest for possession of illegal drugs compel” Cardinal Dolan “to submit the matter to the Holy See (the Congregation for the Clergy) with a firm request that Father O’Leary be dismissed from the clerical state…”

Father O’Leary is reportedly due back in a New York court later this month regarding his drug charges.