Irish American priest to be beatified on Halloween

Father Michael McGivney, the Irish American priest who founded the Knights of Columbus, will be beatified on October 31, moving him one step closer to sainthood. 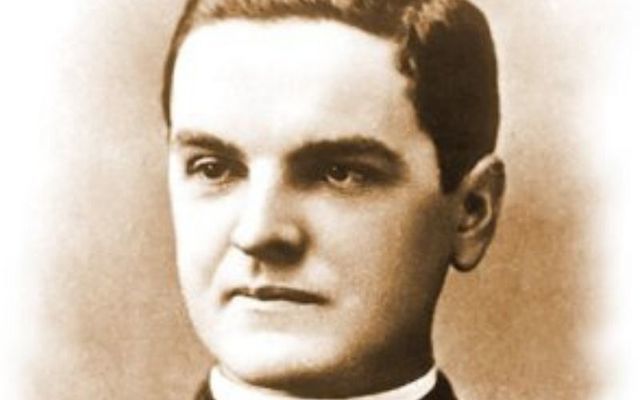 The Irish-American priest who founded the Knights of Columbus is set to be beatified at the end of the month and move a step closer to sainthood.

Father Michael McGivney will be beatified in Saint Joseph's Cathedral in Hartford, Connecticut, at 11 am EST on October 31, making him the first American-born parish priest to receive the honor.

The mass will be followed by a ribbon-cutting ceremony at the Knights of Columbus Museum in New Haven shortly afterward. The museum will then be renamed the Father McGivney Pilgrimage Center.

Fr. McGivney, whose parents were Irish immigrants, founded the Knights of Columbus when he was in his 20s in order to keep men in the Catholic Church. He also wanted to provide financial support for Catholic families that had lost a breadwinner having lost his own father at a young age.

The fraternal order has gone on to become the largest Catholic fraternal organization in the world, boasting more than two million members across the globe.

He is set to be beatified after Pope Francis recognized a miracle in his name concerning an unborn child in the US in 2015.

Daniel and Michelle Schachle of Dickson, Tennessee, were told that their unborn child was suffering from a fatal syndrome caused by a dangerous accumulation of fluids. The hopeless parents prayed to Fr. McGivney and their son made a miraculous recovery that had no medical or scientific explanation.

Michael Schachle is now five years old having beaten all the odds.

The Irish American priest's beatification comes at a poignant time given the circumstances of his death in August 1890 when he was just 38 years old during the Russian Flu Pandemic.

That pandemic killed more than one million people around the world, although it only killed about 13,000 people in the United States. Some researchers and virologists have even claimed that the Russian Flu was, in fact, an early strand of the coronavirus.

The deceased Irish American priest will be honored with a series of events on October 31 and November 1 known as the McGivney Festival.

Among other ceremonies, there will be a candlelit procession at St. Mary's Church in New Haven, where he founded the Knights of Columbus, and a panel discussion at the same church discussing his impact and legacy.

You can watch a documentary on Father McGivney, prepared by the Knights of Columbus, here: