Ireland's stargazers will see between 10 and 20 shooting stars per hour during the nights of May 4 and May 5 during meteor shower Eta Aquarids. 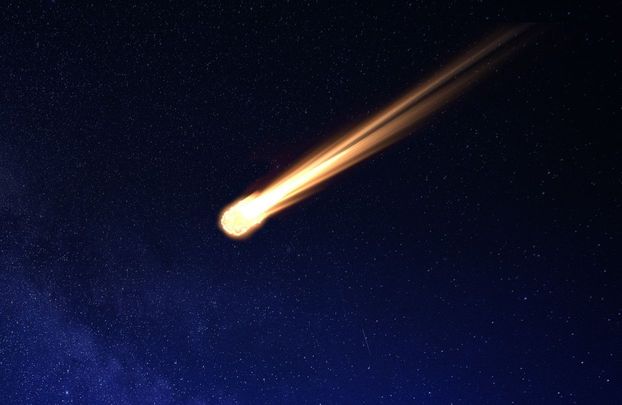 The annual meteor shower, Eta Aquarids, will grace the skies of the northern hemisphere with May 5 being the best time to view it in Irish skies.

The Eta Aquarids, an annual meteor shower that takes place above the northern hemisphere in April and May, will grace Ireland's skies during the nights of May 4 and 5, 2021. It's said to most visible around midnight when 10 to 20 shooting stars 10 and 20 shooting stars per hour will be on display, weather permitting.

This meteor shower is associated with the famed Halley's Comet, only visible every 76 years. It was last seen in 1986 and will not be visible again until 2061.

The meteor shower, the Eta Aquadrids, is created with the Earth collides with Halley's Comet's orbit. This vaporizes debris come flying into Earth's atmosphere at 148,000 miles per hour, according to NASA.

These meteors leave glowing dust "trains" behind them, which we see as "shooting stars".

NASA also dispensed some top tips on getting a glimpse of this wonderful display. They suggest stargazers "find an area well away from city or street lights. Come prepared with a sleeping bag, blanket, or lawn chair. Lie flat on your back with your feet facing east and look up, taking in as much of the sky as possible.

"After about 30 minutes in the dark, your eyes will adapt and you will begin to see meteors. Be patient—the show will last until dawn, so you have plenty of time to catch a glimpse."

SpaceDex also states that the best viewing time will be between 11 pm and 4:30 am GMT on the night of May 5 to the morning of May 6. They believe 15 to 30 shooting stars may be visible.

However, they add "While expected rates in your location may be high, several factors such as light, the moon, and cloud cover may interfere."

Currently, Ireland is enjoying a New Moon (0% full) which ideal for viewing the stars. Now let's just hope the clouds stay away!